“It was such an honor for me to play in the Big 33 Classic, given the tradition of the game and legacy of great players. I am excited to return now as the Honorary Chairman, to be involved again in something truly special.” — Ben.

The Big 33 Scholarship Foundation Inc announced today that Ben was selected as the 2012 Honorary Chairman of the PNC Big 33 Football Classic played in June. 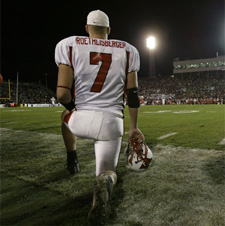 There are only four days left to make your votes count for your favorite players! The Pro Bowl teams will be announced during Monday Night Football.