You can’t replace JuJu! It’s awful. I’ll speak selfishly, I’m hurt. I miss that guy, what he brings to this team, his energy, his excitement, the leadership. It sucks. It really does. And I’m not the one hurt. I spoke to him on Sunday night, and I felt his pain through the phone, speaking to his mom as welll. It’s just sometimes things aren’t fair, and we don’t know why they happen. A guy that’s given so much, means so much to this team and to me specifically. It’s not fair. — Ben.

Roethlisberger said he feels horrible for Smith-Schuster, who suffered a shoulder injury in the win over the Denver Broncos at Heinz Field on Sunday.

While you can’t replace him, the other receivers will definitely have to step up in his absence, with this being a big opportunity for guys like James Washington, Ray-Ray McCloud and Cody White to get more balls thrown their way.

Lots of big opportunities for Ray-Ray, for James. Cody is going to get his shot I’m sure. We need guys, because it seems like every week one of the guys have been down for something. Moving forward now without JuJu, we’re going to need everyone to be healthy as much as they can be every week. I think James is excited for the opportunity. I think Ray-Ray is as well. We’re going to have to utilize a lot of people.

Roethlisberger said you have to be cautious about who you have play inside with Smith-Schuster out, not wanting to throw someone there that will take away a strength elsewhere, such as Chase Claypool who can provide a threat with the deep ball outside.

Playing the slot position in the NFL is different than playing outside. It’s just a different animal. I think we have a lot of guys that can do it, but it’s a feel thing. You don’t want to take away a big body outside that’s got special skills. I think you’ll see some more utilization of the tight ends and running backs in there, and different guys.

Another player who could get more passes coming his way is tight end Pat Freiermuth. The rookie has been a steady weapon for Roethlisberger, with 11 receptions for 100 yards, a 9.1-yard average. But his quarterback wants to get him even more involved. 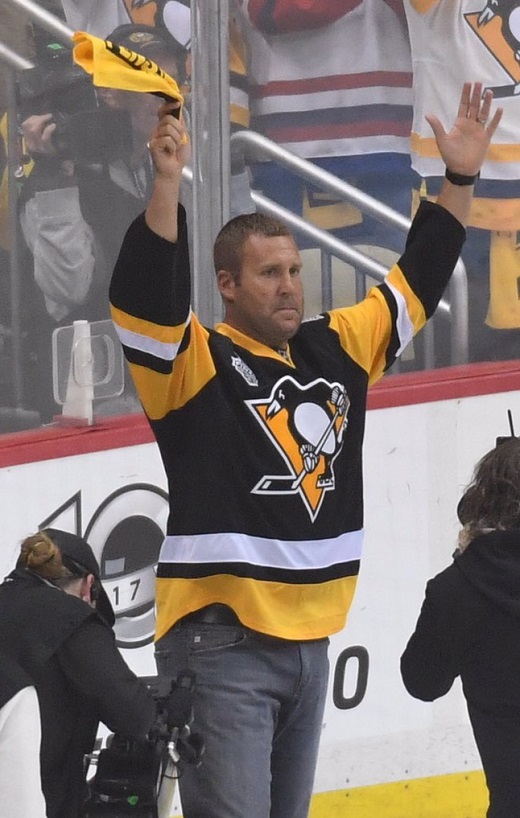 Wishing you a GREAT season!!! Steelers Nation is behind you!! #LetsGoPens #BurghProud

And Big Ben is the Steelers Digest Player of the Week!

“Looking back on his performance on Sunday against the Broncos at Heinz Field, it was more about helping the team win than it was an accumulation of statistics or a march up the ladder in the record book.

Roethlisberger is the Steelers Digest Player of the Week.” — Bob Labriola, Steelers.com


Have a great week Steelers Nation! 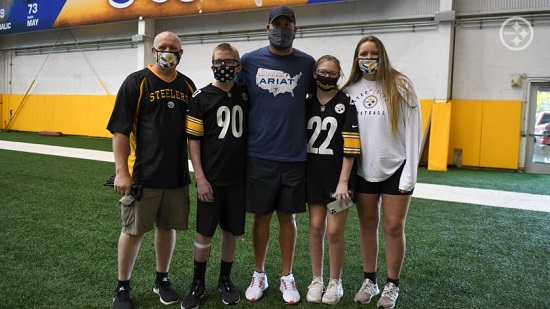 Kyle Jones might have been quiet and shy, but inside he was full of emotion and excitement as he met three of his favorite Steelers this week.

Jones, an 18-year old from Bordentown, New Jersey, got to meet Ben Roethlisberger, T.J. Watt and JuJu Smith-Schuster thanks to the Steelers and the Make-A-Wish Foundation.

Jones, who has a brain tumor, spent time talking with the players and they all signed items for him and posed for pictures, including selfies, sharing some amazing moments and leaving him speechless more than once. 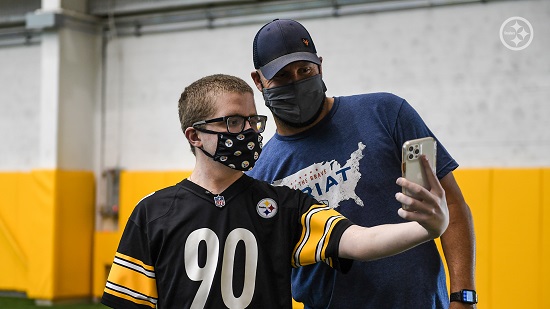 Just some of the thoughts from Steelers Nation on social media, but it was unanimous:

“Thank you for doing that my son is a wish kid and they carry those memories with them till the end.” — Mary Ellen Stubbs Goessler, Facebook.

“Truly so happy to see these pics! I know Kyle was all smiles under those masks! The Steelers got to meet one amazing kid!” — Dawn Leydig Hudock, Facebook.

“God Bless You Steelers! You guys are the BEST!! Is it any wonder this team is loved all around the world!!!!! Love You Guys.” — Diana Thomas, Facebook.

“Thanks guys for doing this! It’s a wonderful thing to make a child’s dream come true. You are the best!” — Judith Anderson, Facebook.

“Great family. I enjoyed driving them in the Limo. He was all smiles.” — Joe Ober, Facebook.

Jenny Sydenstricker @JennySydenstric
Beautiful. What it is all about

“Absolutely awesome … How wonderful. I’m so happy that the Steelers went out of their way to make Kyle’s wish come true & the wholefamily!! Hugs & prayers for all of you.” — Chris Strama, Facebook.

“Aww i love this ❤❤very very sweet. As Big Ben is also one of my favorite Steelers and i have many .im so happy for Kyle .God bless Ben and the rest of the guys for making his dream come true.” — Darcy Iannone, Facebook.

It started with a video message from Big Ben and Christian musician, Micah Tyler on September 24th:


I am so honored to team up with ‘Big Ben’ Roethlisberger to tackle a great cause!

When Ben wore my ‘Different’ shirt to training camp a few weeks ago and it caused so much attention, we knew we should take the opportunity to shine a light on something way bigger than a T-shirt. Honored to partner with Light of Life Rescue Mission, who has been on the ground making a huge difference in the lives of homeless citizens in Pittsburgh for a years.

For every shirt we sell, two meals are being donated to Light of Life Rescue Mission! — Micah Tyler. 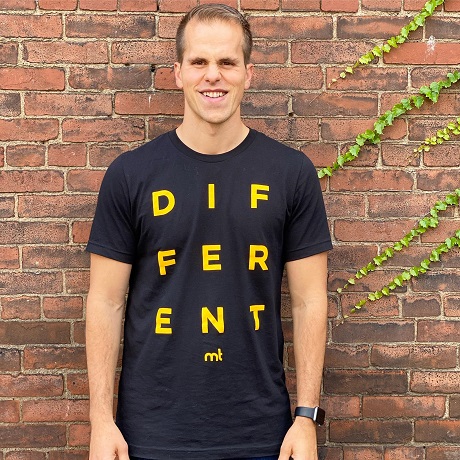 It’s a daily reminder of why I am on this planet and what my priorities should be. The message behind this shirt is that we are all different people capable of making a difference in our own different ways. What makes you different? How can you uniquely make a difference in the world? Don’t underestimate your ability to make a difference! The average person who does nothing intentionally with their lives will still impact 10,000 people in their lifetime. Imagine what you could do if you intentionally made a difference in the lives of others on a daily basis? There is no limit on the difference you could make! The greatest way to make a difference with your life is to follow God, become who He created you to be and to do what He’s called you to do. As a reminder, when you get one of these Different shirts, Micah Tyler and Ben Roethlisberger – BigBen7.com will donate two meals to someone in need at Light of Life Rescue Mission. Go make a difference today!” — Doug Smith via Facebook. 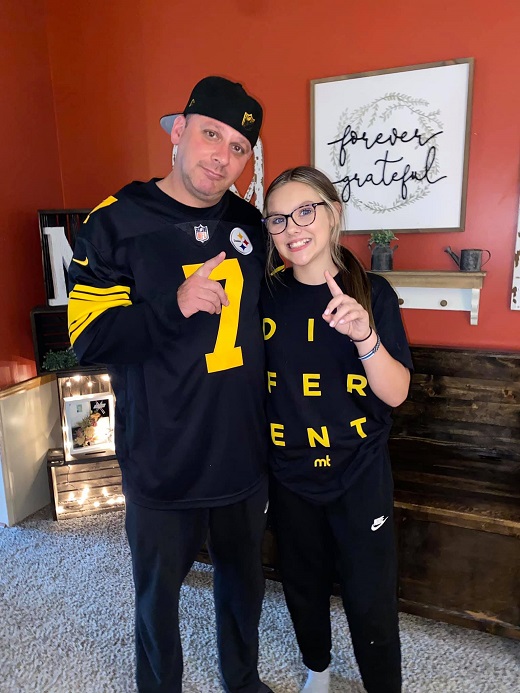 “I know that I can play better football. I believe in myself. I know that no matter what’s going on, I’m going to fight my butt off to get a win. If that’s the way that I need to lead right now by showing these guys that I’m going to do everything I can to win a football game, then I’ll keep doing that.” — Ben.

Ben Roethlisberger is a bit bruised this week after suffering a hip injury against the Packers, but while he might be feeling some aches and pains, he isn’t making excuses.

Roethlisberger isn’t pointing to the injury to explain any issues with his play, knowing that he just has to continue to perform better each week.

“It’s pretty sore. It’s just something we’ve all got to deal with when we play this game of football,” said Roethlisberger on Wednesday morning, also indicating his plan is to play on Sunday against the Denver Broncos. “I’m not going to make excuses, but as a quarterback there’s so much involved in your lower body. People probably think as a quarterback or as a thrower it’s how’s your arm doing. Your arm is a small part compared to the whole package, just your core, your lower body.

“I’ve got to find ways to be better with my lower body, going back and watching the game. A lot of the throws that I missed were missed because my lower body wasn’t in sync. Over striding, not stepping towards my target. Things that mechanically I know I can fix and need to fix. Obviously when you’re dealing with pain it’s harder to get through those things, but nothing I can’t get through and I’ll work to get through.

“I think there is some compensating that happens when you can’t drive into a throw, but once again I’m not going to make excuses. I’ve been doing this a long time, played through lower body injuries before so that’s things I need to get better with.”

He is hoping it starts Sunday against the Broncos, a team that is coming off a loss to the Baltimore Ravens, but sporting a 3-1 record.

“We know it’s early. We played some good football teams,” said Roethlisberger. “We feel like we’re making some progress and we just have to find a way at the end of the […] 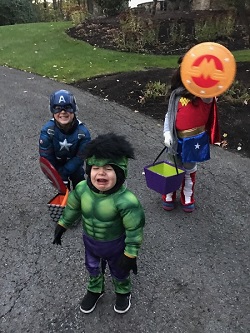 It was quite the scary scene on Halloween, 2017:

"I AM Captain AMERICA! But I need to go to the bathroom!!"— Benjamin.