“All out of smoke and mirrors”

Home/News/“All out of smoke and mirrors”
Previous Next

“All out of smoke and mirrors”

From Steelers.com – Bob Labriola on the loss to the Ravens: 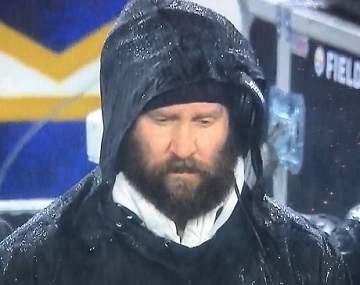 By 7:30 p.m., the last of the smoke had cleared and the final mirror was broken. The Steelers had run out of ways to try to camouflage, to work around, to hide the cracks with spackle and paint. Everything in the National Football League is on video, the eye in the sky does not lie, and as a result smoke and mirrors only can take you so far.

The end of the road for them came here, at M&T Bank Stadium in a 28-10 loss to the Baltimore Ravens. Alas, there would be no miracle, and the 2019 NFL season ended for the Pittsburgh Steelers. That it ended in late December instead of mid-September is a testament to their grit and willingness to run toward the fight, but there seemed to be little doubt that it would end prematurely, and that this would be the reason for its end.

When it became a medical certainty that Ben Roethlisberger would need surgery to repair his right elbow, and when the timetable for the procedure and then the rehabilitation was going to subtract him from the equation for the rest of their season, the Steelers prospects for 2019 started circling the drain. When an 0-3 start became 8-5 following a six-point victory in Arizona three weeks before Christmas, visions of sugar plums danced in the heads of Steelers fans all over the nation, but with each improbable victory more video became available on what they were doing and the noose continued to tighten.

At the collegiate level, you might be able to win with schemes, but in the NFL you have to win with players. And the most important player on every team is the quarterback.

The Steelers’ 2019 season was a perfect storm of injuries to key offensive personnel and blanket inexperience in too many other areas….