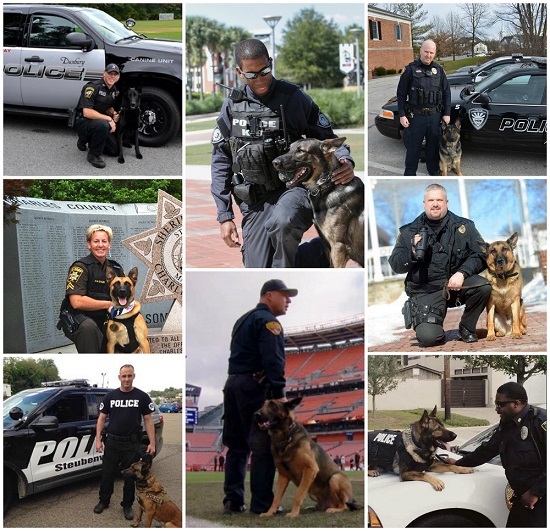 This marks the 10th grant cycle for the Ben Roethlisberger Foundation. The majority of the grants distributed will help police and fire department K-9 units to purchase dogs and dog safety vests, but other types of needs are also considered.

The Foundation will be distributing grants in the cities and surrounding communities of each regular season away game for the Steelers during the 2016 NFL season including Washington D.C., Philadelphia, Miami, Baltimore, Cleveland, Indianapolis, Buffalo and Cincinnati areas. Ben is inviting police and fire departments in these eight cities & surrounding communities to submit proposals detailing their needs. In addition, the Foundation will continue to make grants to several police and fire department K-9 units in the Pittsburgh area following Super Bowl LI.

The mission of the Ben Roethlisberger Foundation is to support K-9 units of police and fire departments throughout the United States with a particular emphasis on support for service dogs in Pittsburgh, PA. Ben and his foundation also strive to support Make-A-Wish. His foundation distributed more than $170,000 in grants to K-9 units around the country during the 2015 NFL season, including $93,250.00 just in the Pittsburgh community alone.

The Foundation has distributed in excess of $1.5 million since 2007.

For the first time in 10 years, Ben’s foundation is utilizing a paperless application process and all applications must be submitted online via http://thegivingbackfund.org/ben-roethlisberger-foundation-application-2016/.

Note: Hard copies of the application received by mail, fax or email will not be accepted.


For more information about the Ben Roethlisberger Foundation or The Giving Back Fund, please contact Jessica Duffaut at 310-649-5222 or email her at [email protected]