“I feel the need…the need for speed!”

Aerial acrobats. Thunderbirds. “Wings over Pittsburgh” is back, for the first time in six years.

While the pilots are winging it, two-time Team USA Olympic goalie Brianne McLaughlin poses with her silver medals, then dons a different uniform than the red, white and blue she wore on the ice.

She’s prepared for a breathtaking flight on a Thunderbird.

Meanwhile, Columbus Blue Jackets’ winger Brandon Saad, formerly of Penn-Richland High School, prepares for a flight of his own.

“Playoffs, been there, done that before,” he said. “But for my first time doing this, I’m full of excitement, for sure.” 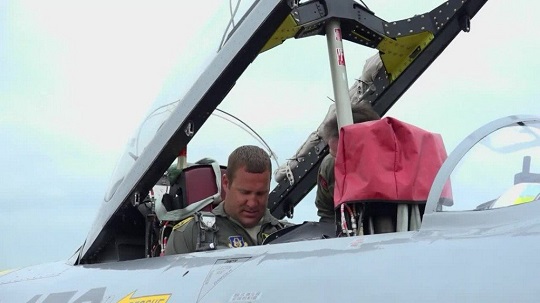 From the ice to the football field, Pittsburgh Steelers quarterback Ben Roethlisberger also got a special preview of the show. He got a ride on the T-33, a training plane used by new recruits.

“We just chatted back and forth. He wanted to fly over the stadium, down around Pittsburgh, the practice facility,” said pilot Greg Colyer. “I let him fly the airplane around a little bit, and then we came back and landed.”

So, what did the quarterback think of his bird’s eye view of the city?

“It was an unbelievable experience. It was something I can cross off my bucket list now,” Roethlisberger said. “You understand the power that the plane has, and how sensitive it is, and how awesome these pilots are.”

The theme of this year’s Wings over Pittsburgh is “Forging the Future.”


You can read more & catch a video here.