Big Ben at the Beach

Home/News/Big Ben at the Beach
Previous Next

Big Ben at the Beach

While enjoying some vacation time in VA Beach this week, Ben, with his wife Ashley and their friends, stopped by Flip Flops Restaurant one evening for a little dinner…and a little informal Meet & Greet with both employees and diners!

He also gave the thumbs-up to one of the restaurant’s most famous dishes: 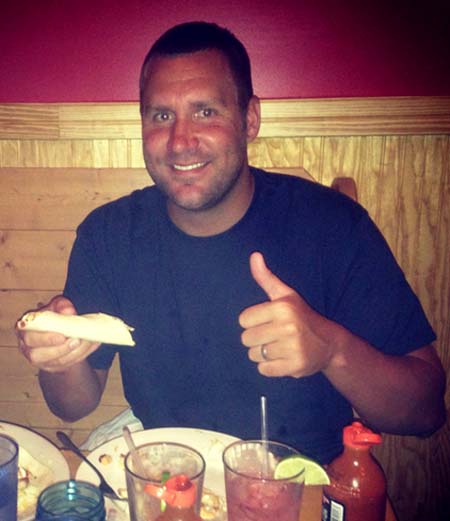 According to Mandy Banks, who served Ben and his party, he heartily approved of their BBQ Fish Tacos that were featured on the popular Food Network show, Diners, Drive-ins, & Dives.

Mandy said she didn’t even realize it was Ben that she was waiting on until she was telling him and his party about the specials on the menu: 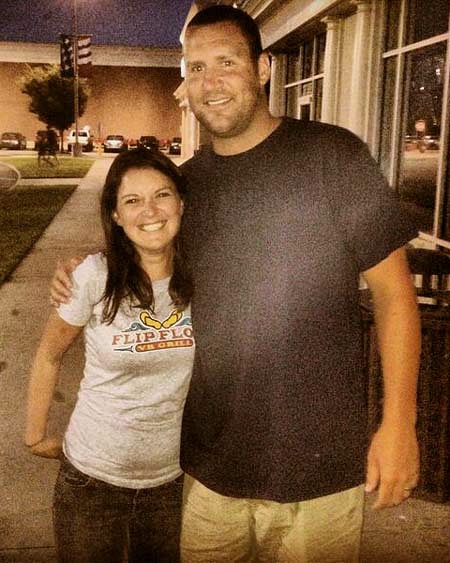 “He was awesome to serve, and he, his wife, and their friends were so down-to-earth and such wonderful people. He was very cool and understanding because Flip Flops gets super busy, especially in the summer time and we were really busy that night. I actually met him a few years ago in the Bahamas when I was there working during Michael Jordan’s celebrity golf tournament. He was just as down to earth and personable then too!” — Mandy Banks

Ben then stopped on his way out to pose with Flip Flops owner Kris Thurbon and his children, Max and Aubrey: 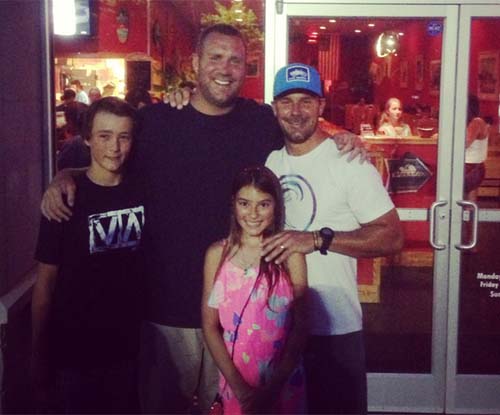 “Ben was a super nice guy & Kris was thrilled to have him stop by for dinner. He appreciated Ben taking time out to take photos with everyone. It was a great night for us!” — Camy Thurbon

Big Ben was also a big hit at Buffalo Wild Wings while at the beach: 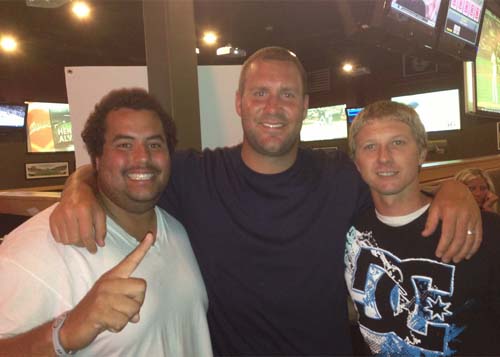 “Ben was a class act. I asked him for a picture and he did not hesitate at all! He got right up and took a picture with me and my buddy, Doug Tojeiro. Ben was not looking for any attention or anything – he was just like a regular person in Buffalo Wild Wings. I also wished him the best of luck this upcoming season. Stand up guy, he was a down to earth person. Mad respect to him and I hope he has a good season. Thank you so much!” — Joey Augustine


*Thank you to Steeler Nation, VA Beach for sharing your photos!


You can catch all the latest Fan photos and stories here!