“It’s going to be awesome. Three days in Ireland and a week in Scotland … 12 rounds in 10 days. So we have a lot of golf to play at some of the best courses in the world.” — Ben, from the interview below.

From an interview with Mike Bires, Beaver County Times: 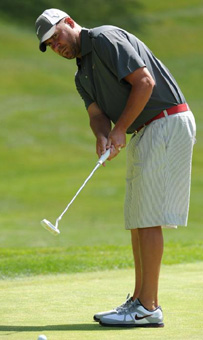 Ben Roethlisberger’s passion for golf will soon take him to places where the sport originated.

In late June, the Steelers’ star quarterback will take a golf vacation in Ireland and Scotland. Roethlisberger, a 3-handicap, will make the trip with three friends.

“I’ve played a lot of great golf courses (in the United States), but I’ve never played in Ireland or Scotland before,” Roethlisberger said. “That’s the Mecca of golf. So I’m really looking forward to it.”

Roethlisberger said his golf trip to Ireland will begin with breakfast with Dan Rooney, the Steelers’ chairman emeritus who’s in his last year as the U.S. Ambassador to Ireland. “Our first stop is breakfast at Mr. Rooney’s house (in Dublin),” Roethlisberger said. “Then we’re off to play some of the very best courses in Ireland and Scotland. I can’t wait to get there.”