The Elida (OH) High School Hall of Fame will be adding one more honored name this weekend! 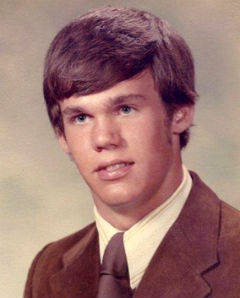 Ken Roethlisberger, a 1974 graduate of Elida High School, will be honored during an induction ceremony and banquet to be held on Saturday.

During his high school career, Ken was named to the First Team All-City in Football, the State Acme Baseball Championship Team, and the Golden Helmet Award Winner – all in 1973.

In 1974, he was named to the First Team All-City Basketball, the All-WBL in Baseball, and played in the 1974 Ohio North/South All-Star Football Game. He was also the Lima News Most Outstanding Scholar-Athlete.

Ken was given a full scholarship to play quarterback at Georgia Tech and did so from 1974 to 1975.

“I was recruited by Jerry Glanville and Pepper Rodgers,” he said. “I hurt my knee and had to switch over to baseball. I pitched for Tech my last two years.”


“Champions aren’t made in gyms. Champions are made from something they have deep inside them – a desire, a dream, a vision. They have to have the skill, and the will. But the will must be stronger than the skill.” — Muhammad Ali