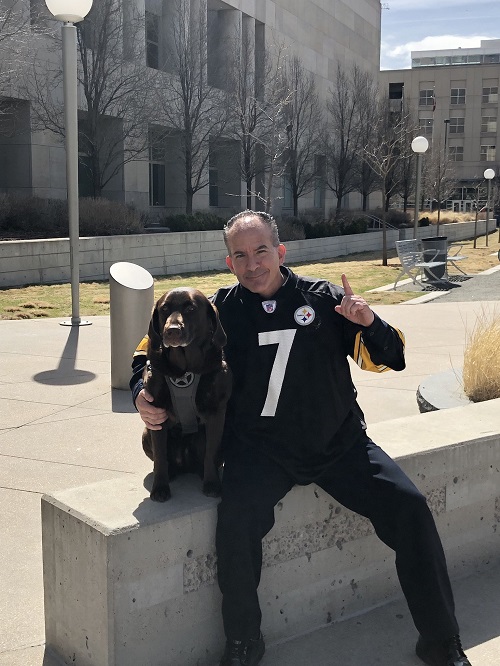 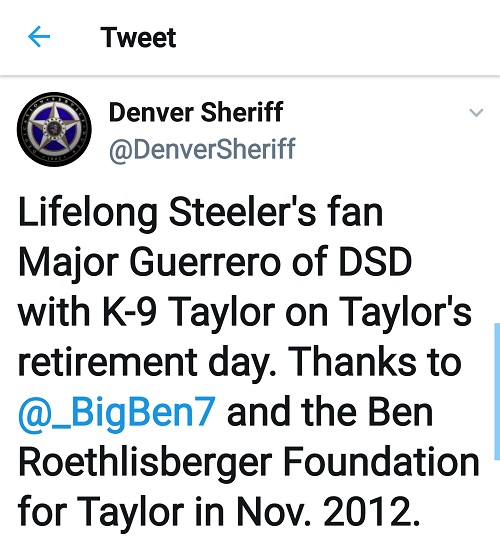 Taylor joined the department as a partner for deputy Patrick Hynes in November 2012. She was trained in detecting explosive odors.

Taylor and Hynes also assisted other jurisdictions over the years in the Denver metro area, and the K-9 was a representative at several community events.

Taylor is a chocolate Labrador who was born on May 26, 2010. She came to the Sheriff’s Department from the Ben Roethlisberger Foundation.


“It’s very awesome the things [Ben] does for law enforcement and still does to this day. Any place they go on an away game, he supplies a dog for that state.” — Deputy Patrick Hynes.

Taylor received certificates from the Denver Sheriff Department and the Front Range Explosives Detection Team, as well as a special pin from Mayor Michael Hancock.