Getting March started off the right way

Home/News/Getting March started off the right way
Previous Next

Getting March started off the right way

…with a collection of new photos from Steeler Nation! 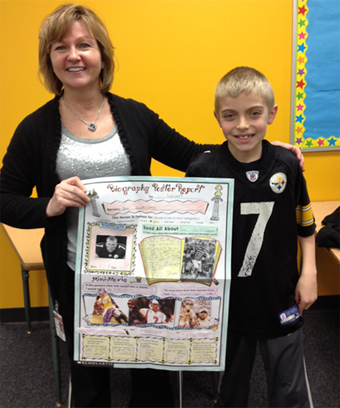 Students were given the choice of a famous person that they wanted to research. Their end project was the biography poster. Garrett Koch, shown here with Mrs. Stahlman, is a huge Steelers fan and loves wearing his Roethlisberger jersey to school, so the choice of completing his project on Big Ben was an easy one!

Thank you to Mark Cooper, Principal of Big Walnut Elemetary (and a big Steelers fan himself) tweeted Garrett’s awesome poster to the site’s Twitter page!

Also, thank you to Garrett’s parents, both of whom are Cleveland Browns fans, for allowing us to share Garrett’s work with his fellow Steelers fans!


You can see a larger version of the hard work that Garrett put into his poster here.

After dining at The Silver Fox Steakhouse, Ben wanted to thank the chef: 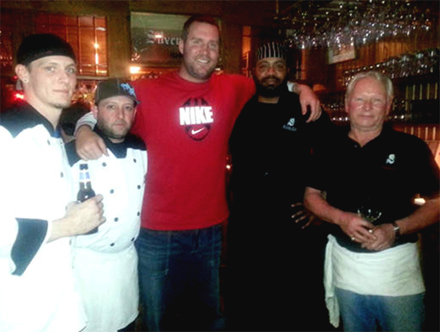 While visiting his friend (and one of his heroes), Jim Kelly in upstate New York during the month of February, Ben enjoyed dinner at the acclaimed “Silver Fox Steakhouse” in Ellicottville, NY. Before he left, he posed with Head Chef Jack Atkinson (left of Ben) and some of his staff.

“I’m a huge Steelers fan, and of Ben as well. It was my pleasure to cook for him. He was extremely gracious to my staff and myself posing for pictures and signing autographs.” — Jack Atkinson


You can check out The Silver Fox’s website here. 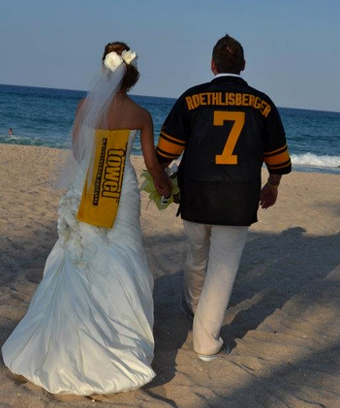 “We live in Evansville Indiana and love our Steelers and the greatest QB ever!!! Our first date was to the Tampa Bay vs Steelers game 3 yrs ago, she was a TB fan, has been a Steelers fan every since. We were married in West Palm Beach, Florida, the same place I proposed a year before. We then had our reception back home in Indiana – even entered the room to ‘Renegade’ playing.

“Ben in my book is second to NONE from his Ironman play on the field to his K9 work off the field. Thanks again Go STEELERS!” — Chad Pointer


You can see more photos from Chad & Jennifer’s wedding here.

We have some adorable Lil’ Fans – including a Shout-Out for a little lady who needs your prayers; a few photos from more of our grown-up fans; and Ben’s dogs, Zeus and Herc, wanted to share the photos of a couple of their newest Steelers buddies!