“If you like superheroes, Ben’s kind of like Superman. You know, he’s got all the physical traits and all that kind of stuff. Whereas Drew is more like Batman. He’s kind of a self-made kind of deal.” — Saints strength and conditioning coach Dan Dalrymple, from the article below. 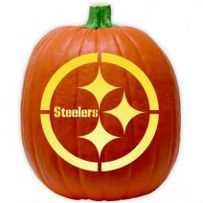 From Mike Triplett, The Times-Picayune this morning:

No one has a better perspective on the make-up of the two Super-Bowl winning quarterbacks who will take the field tonight than Saints strength and conditioning coach Dan Dalrymple.

Dalrymple was the strength and conditioning coach at Miami (Ohio) during Ben Roethlisberger’s formative years earlier this decade – dating back to when the super-sized 6-foot-5, 241-pound quarterback was still a tall, gangly athlete. And Dalrymple has been with the Saints since 2006, when Drew Brees arrived and began his remarkable comeback from major shoulder surgery.

Dalrymple, who said he considers himself “blessed” to have had both of those guys on his side.

“Now, they’re both unbelievable competitors. So they’re both the kind of guys that whatever it is, a pickup basketball game or whatever, it’s intense. And they’re gonna find a way to win. … And they both have kind of an uncanny, like a third eye, just an ability to feel the rush, avoid the rush and keep plays alive and make plays.

The Pittsburgh Steelers and New Orleans Saints will go bump in the night Sunday in New Orleans in a Halloween clash of the past two Super Bowl champions. Both know frightful things can occur a season after winning it all.

Roethlisberger knows how the Steelers struggled last season when they went 9-7 and missed the playoffs in their attempt to repeat as champions.

“A lot of people want to beat the champs. … A lot of your games are prime time,” he says. “I don’t think you’d trade if for the championship, but it’s something you have to be prepared for. It’s never as easy thing.”

When a turnover ruins a long drive, it’s like the bottom falling out of your trick or treat bag. Both teams will be looking to avoid that this Halloween.

A representative from the Guinness Book of World Records will be on hand to see if the game will turn out to be the world’s largest-ever Halloween gathering. The Saints’ promotions department has gone as far as staging a Halloween costume contest for fans before the game and asking their fans to “Wear your costume and be counted!” One of the rules of the contest is that the costume must be Saints-related. The Guinness record for most people at one Halloween costume event is 508. With a capacity of 68,000 at the Superdome, there are estimates that as many as 10,000 fans attending the game will be in costume.

“If you’re playing the Steelers, do not allow Ben Roethlisberger to carry the ball inside your 3-yard-line. He’s two-for-two.” — Peter Finney, The Times-Picayune – New Orleans.

QB Ben Roethlisberger has passed for 559 yards and five TDs with a passer rating of 122.4 in two games since returning. — Gerry Dulac, Pittsburgh Post-Gazette.

A “Shout Out” Today…

To Issac Eli Wilson of Las Vegas, one of the Steeler Nation’s finest and bravest! Issac is battling cancer, but no matter how tough it has gotten, he is always front and center on Steelers game day and is looking forward to tonight’s match-up in New Orleans!