Have any photos from Training Camp?

Home/News/Have any photos from Training Camp?
Previous Next

Have any photos from Training Camp? 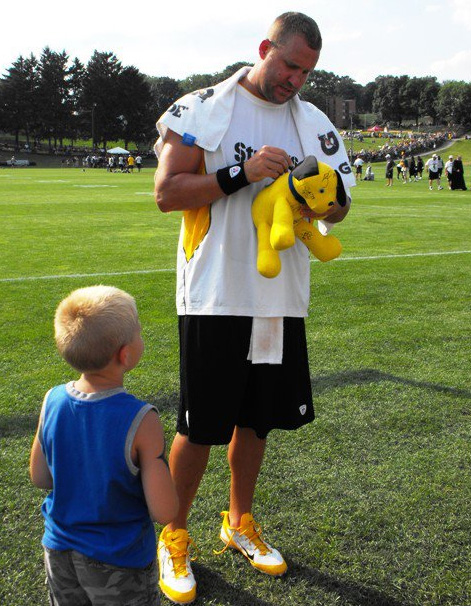 
That little guy is JoJo Gratson! His parents said the moment he saw Ben, he ran to him….and right past Security! Before they could turn him around, Ben saw the boy and walked right over to him. When Jojo handed him the dog Ben asked, “What do you want me to do with this?” Jojo just smiled and handed him the sharpie! Then Ben “started all kinds of conversations with him” while he signed that dog.

Jane Gratson said Ben also told JoJo he had a Steelers dog just like that one!


You can check out more Fan Photos/Stories here, as well as ‘Action’ photos taken by fans here.

‘Lil’ Fans’ like JoJo have their own album here, and there’s also a ‘Lil’ Teammates’ album here!


You can send your photos to us at BigBen7website@gmail.com!

*Thank you to Rob & Jane Gratson, and to Tammy Palmer (who made the Steelers dog!).