Home/News/It’s never too early…
Previous Next

Steelers.com has provided a list of who the team, and the fans, can look forward to seeing during the 2014 NFL season! 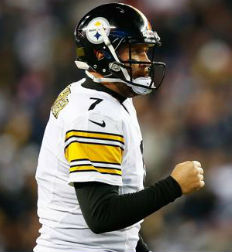 The dates and times will be announced some time this Spring, but the Pittsburgh Steelers already know their 2014 opponents and the sites of the games.

In addition to the normal slate against AFC North rivals, next season the Steelers and their fans will welcome Drew Brees and the New Orleans Saints, Andrew Luck of the Indianapolis Colts, and the new coaches of the Tampa Bay Buccaneers and Houston Texans to Heinz Field.

The other non-division opponent on the Steelers’ 2014 home schedule will be the Kansas City Chiefs, whose coach, Andy Reid, should be in line for a respectful round of applause from the home crowd for the way he played to win last Sunday against the San Diego Chargers.

Unlike 2013 when the Steelers had trips to California and London during a four-week segment of their schedule, there are no long trips on the docket for 2014.

The following is the 2014 Steelers schedule, with opponents listed alphabetically:

HOPE EVERYONE HAS A HAPPY AND PROSPEROUS NEW YEAR!!