It’s the Steelers vs Jaguars

Home/News/It’s the Steelers vs Jaguars
Previous Next

It’s the Steelers vs Jaguars

…on the golf course for charity!

From Adam Stites at JagsWire via USA Today: 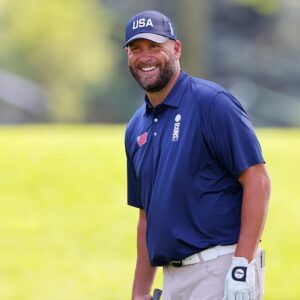 Jacksonville Jaguars legend Tony Boselli and a yet-to-be-named former Jaguars player will team up on the golf course on Oct. 7 against a pair of former Pittsburgh Steelers led by Ben Roethlisberger, according to the Florida Times-Union.

The Jaguars vs. Steelers showdown on the links is set to happen at the Constellation Furyk & Friends PGA Tour Champions event, which will be held at the Timuquana Country Club in Jacksonville.

The pairs will be a nine-hole scramble and will include additional competitions to decide which team earns the most of the $100,000 in charity money up for grabs.

Roethlisberger retired earlier this year after 18 seasons as the Steelers’ quarterback.