We’ll start with a great photo taken earlier this week while Ben and his family were vacationing at their home in Georgia! 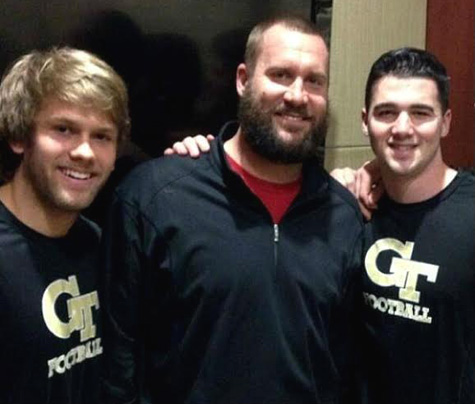 Big Ben and his family took a day trip to Georgia Tech to show Benjamin Jr. where his grandpa Ken played his college ball. While they were there, Ben stopped to pose with two of GT’s Yellow Jackets, Corey Dennis and Sean Tobin.

Sean sent the photo to his aunt, Edy Castronovo (whose family is part of Steeler Nation New Jersey), who shared it with us! She said that not only was Sean very excited to meet Ben, but he also said it was an “incredible privilege to meet one of the greatest quarterbacks of all time.”


“It was great to meet Ben, he’s a stand up guy. Was really fun guy to be around and spoke to a couple of us for quite some time, he threw some motivation at us and was telling us to enjoy the offseason, take advantage of it cause your opponent is getting better. Thanks again Ben!”

Just a few of the tweets about Ben’s visit to Georgia Tech:


Steelers QB Ben Roethlisberger just visited to our football offices with his family. Really nice guy. Down to earth. Father is a GT alum. — Ryan Bamford @GTbammer24 (Ryan is a Senior Associate AD at Georgia Tech)


Ben Roethlisberger came by GT today. Dude is huge in person, no wonder why defenders struggle to get him down! — Brandon Oliver @B_Oliver82

And how about a photo of Benjamin Jr’s dad when he was playing college ball “back in the day”: 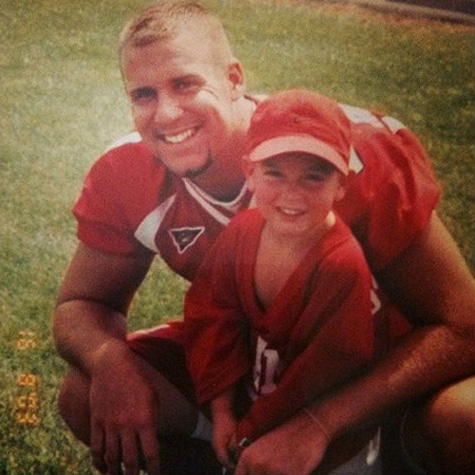 
You can see another pic that Tanner shared with us, as well as some more great photos sent in by Steeler Nation throughout this month – Lil’ Fans, Big fans & one tough lookin’ furry fan, all right here!

Oh, and our December Birthday Wishes Drawing winner, Shineque Moore, sent us her photo to add to Ben’s gallery too!

You can see all the Birthday Wishes winners here!