“The thing about Jim and why I had his poster on my wall is he was tough. Was there anybody tougher than Jim Kelly? I always thought, if you look up toughness in the dictionary, there are two things for certain you would see … the city of Pittsburgh, and Jim Kelly, no doubt about it. There’s Pittsburgh tough, but you know what? There’s Kelly tough. Nothing is tougher than Kelly tough.” — Ben, during his presentation of Jim Kelly’s award. 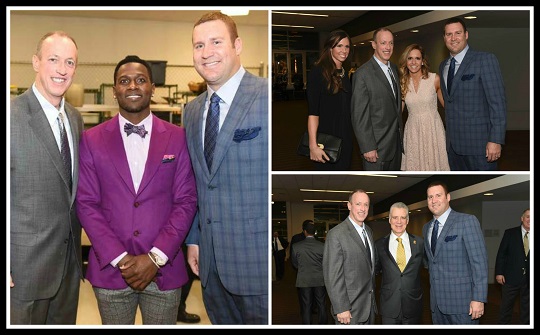 Antonio Brown joined a list of illustrious former Steelers when he was presented the Dapper Dan Sportsman of the Year Award at the Dapper Dan Dinner & Sports Auction on Tuesday night at the David L. Lawrence Convention Center. The award has been presented annually by the Pittsburgh Post-Gazette since 1939 and the dinner benefits Dapper Dan Charities.

Brown is the first Steelers player to win it since Jerome Bettis won in 2005, and fourth member of the Steelers’ organization in recent years as Ben Roethlisberger won in 2004 and Coach Mike Tomlin won it in 2008. Former Steelers who won the award include Hall of Famers Terry Bradshaw, Joe Greene, Franco Harris, Chuck Noll and John Stallworth. 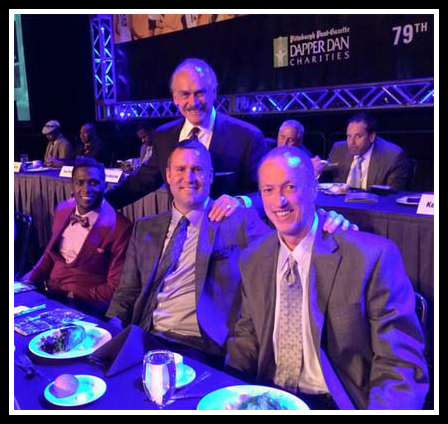 “It’s a tremendous honor, it’s prestigious,” said Brown. “With the guys who came before me who won it it’s huge. It’s a great feeling. It’s a great opportunity.”

You can also read a wonderful recap of the evening, along with video highlights, here.