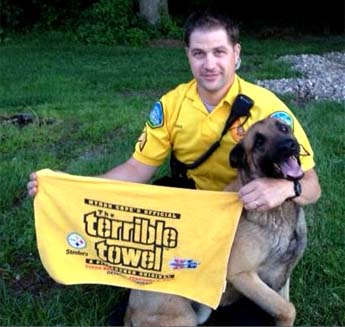 
“Whether we’re working during the week, or watching the Steelers on the weekend, we always bleed black and yellow!” — Chris Angus