Recap courtesy of 93.7 The Fan and CBS Pittsburgh: 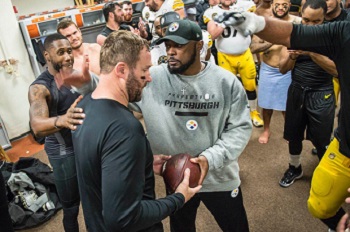 “Obviously with him being back there in Cincinnati, we’re not getting all the reports right away but I’ve heard some really encouraging things. You know, a lot of things that the Steelers put out in reports and kind of updates I know from Kevin Colbert and some other people so I’m kind of hearing the same things. Just some encouraging things, but not out of the woods. Obviously just continued prayers for him and his family I think are the best thing that he can get right now.

“When you’re out there, you’re worried about him and his health and all those things, but you also understand that you’ve got to continue to play a football game and you have to give your focus to that because if you’re not focused and in-tuned to what’s going on out there, you can get hurt as well.”

“Juju’s was obviously in the realm of the game. I don’t think it was a cheap-shot by any means. Cheap-shots are when you hit someone away from a play, you go low on someone that’s not looking. He’s trying to block a guy that’s probably going to make a tackle. I really believe that he was just trying to help a teammate out being a selfless guy.

“I told him afterwards, I said listen, ‘Love the effort, love how you’re trying to help your teammate get open. Standing over a guy, uncalled for.’ And he knew it. I think he knew it right away. I think he regretted it and he genuinely felt bad about that.”


On what, if anything can be done to “fix” the Steelers vs. Bengals rivalry –

“I had that conversation with the Monday Night crew when I had the production meeting. This game sometimes it feels like it’s not just physical, I mean it’s physical obviously, but it feels like it’s more than juts a tough, hard-nosed football game. You know there’s been a lot of penalties, a lot of quote, unquote “dirty play,” things like that. When you discuss rivalries and hard-nosed football, you think about the Ravens and our matchups we’ve had in the past with them. I’ll credit both teams when we play, it is hard-fought, physical football. You knock someone’s head off and you help them up. You’re not doing anything dirty, you’re not trying to be cheap, you’re not taunting guys, it’s just a tough football game. Sometimes you feel like this game, this quote, unquote rivalry has turned sometimes dirty and it’s unfortunate.”


On whether a game like this, with these types of injuries is the reason he re-evaluates every off-season –

“When we talked in the off-season about really evaluating and making sure, these are the reasons. And having kids, I hope my son plays golf. If he wants to play football that’s fine too but it’s a tough sport. It’s not for everyone. If he wants to do it, I’ll encourage it. If he doesn’t, I’m just fine with that as well.”

You can read more & listen to today’s show here. 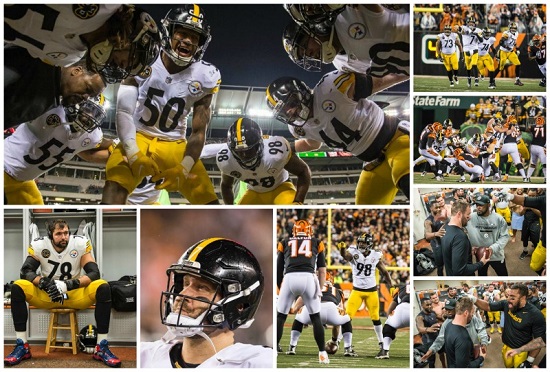 He recorded the 42nd game-winning drive – victories in which he rallied the team from a fourth-quarter deficit or tie – in his NFL career (38 regular – 4 postseason).