Home/News/Training Camp: Ben sits down with Ed Bouchette
Previous Next

“I feel if I commit to anything past right now, I’m cheating now. I’m looking forward to this season, and I’m going to give it everything I have and afterwards we’ll sit down and do some thinking again.” — Ben. 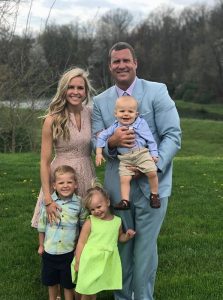 Ben Roethlisberger will tie Terry Bradshaw for the longest tenure as a Steelers quarterback when he embarks on his 14th season.

The question now becomes, will it be his last?

Roethlisberger, 35, told the Post-Gazette Friday that retirement remains an option for him after this season, and that his wife, Ashley, would like to see him give up football.

In past years, he’s talked about playing a lot longer, but he mentioned the possibility of retiring two days after the Steelers season ended with their loss to New England in the AFC championship. He ultimately decided to come back this year but will not commit beyond it.

Why the change of heart from the past?

“I’ve been blessed to do this a long time. I think it’s just seeing my kids growing up, and in the offseason I love getting to spend time with them, and then I come here and football season just has to take up so much of your time. Even when you get home, I try my best to turn it off when I walk in the front door. I think I do a pretty good job of that, but it still consumes you in a way.

“Just all those things combined — being healthy, being able to play catch with my kids. I feel good mentally, I know this new study that came out that 90 percent [of NFL] players’ brains who were studied had CTE.

“There’s a lot of scary things, and I think my wife would be OK if I hung it up, too. But I still love the guys, I still love the game, so it was right for me to come back and give it everything I have this year.”


You can read more from his interview with Ben here.