“It will be cool. It will definitely be different because it’s such a small amount. Just to have some out there will be fun. And a lot of our families back in. My kids were so excited when I told them they could go to the game. To me that makes it worth it.” — Ben, on having fans in the stands this Sunday. 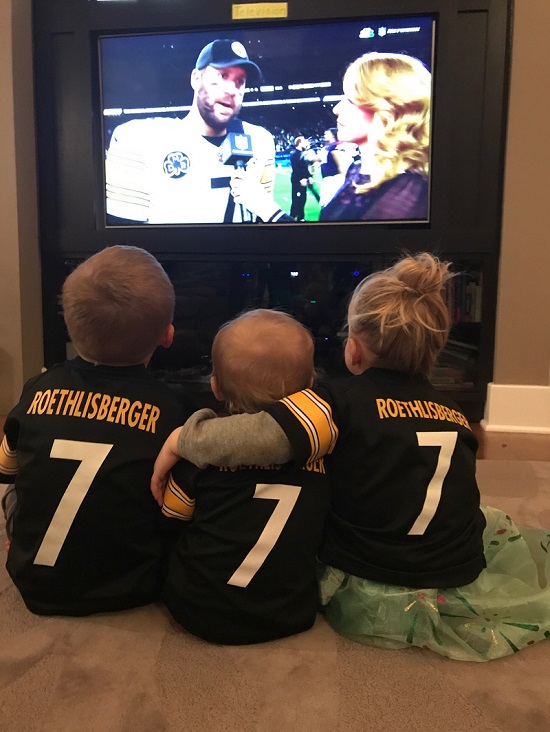 For Ben Roethlisberger, each week of the 2020 season has been a step in the right direction as he is coming back from elbow surgery that forced him to miss the vast majority of the 2019 season.

He has been his own worst critic through the first three games, but there has definitely been consistent progress as the offense is getting on a roll.

But with an unexpected bye last weekend after positive COVID-19 tests hit the Tennessee Titans organization, including players, forcing their Week 4 game to be pushed back to Week 7, Roethlisberger was asked how to prevent the break from ‘slowing his roll’ at all.

“The league already tried to slow it down, so I guess I am going to just start over from scratch and hope this week I didn’t take too many steps backwards,” said Roethlisberger. “Just try and see how it goes this week, I guess.”

Roethlisberger knows bye weeks are part of the NFL season, but the difference for the Steelers last week is they had already had multiple days of preparation for the Titans before finding out the game would be changed, and that can impact the flow.

“That is tough, especially someone like myself who was just starting to get back in the flow of things,” said Roethlisberger. “It’s not easy, but you’ve got to adjust, you’ve got to adapt and do the best that you can.”

Roethlisberger was asked about multiple media reports on Wednesday morning of additional Titans players testing positive for COVID-19 and that possibly putting their game against the Buffalo Bills this Sunday in jeopardy and if the NFL forces the Titans to forfeit this week as a result, does he think the league will force them to also forfeit the game that was to have been played against the Steelers last week and does he think the Steelers are getting the short end of the stick.

“I don’t think they will consider forfeiting our game and of course we got the short end of the stick,” said Roethlisberger.

Roethlisberger said there hasn’t been any type of discussion among Steelers players about creating their own bubble, but they have definitely discussed the importance of being cautious at all times.

“What we do say is we need to be cautious, be careful, protect each other,” said Roethlisberger. “New challenges arise this week with fans being allowed in the game now. Fans are allowed in the stadium which means we are allowed to have guests in town and things like that. In the Roethlisberger family we are not changing anything, no guests are coming in town. There are new challenges that have been presented and hopefully guys can continue to be as cautious and careful as we have been to this point.”

Roethlisberger did say, while it does add challenges, he is excited to have fans back at Heinz Field, even if the numbers aren’t high.


You can catch more of Ben’s interview here.

“Ben’s always been so great in overcoming doubt from people and winning in underdog circumstances. And really the organization as a whole, I think the success that they’ve had this year is just really a continuation of a great tradition that they have there in Pittsburgh. I think this year, so far, they are in great position.” — Troy Polamalu, during an interview on Tiki & Tierney this week.