“We have a lot of weapons and the offensive line protects well. I can’t say enough about how well they played. It’s a really good defense and they protected me tonight. It’s a good team win against a really good team.” — Ben. More from Ben’s post-game interview here. 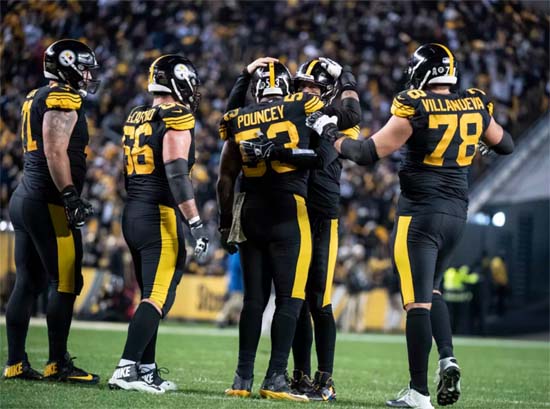 “Ben is the Steelers Digest Player of the Week!”

Ben Roethlisberger completed 22-of-25 (88 percent) for 328 yards, with five touchdowns, no interceptions, and a perfect 158.3 rating. Roethlisberger also ran three times for 27 yards, and for all of that he is the Steelers Digest Player of the Week. 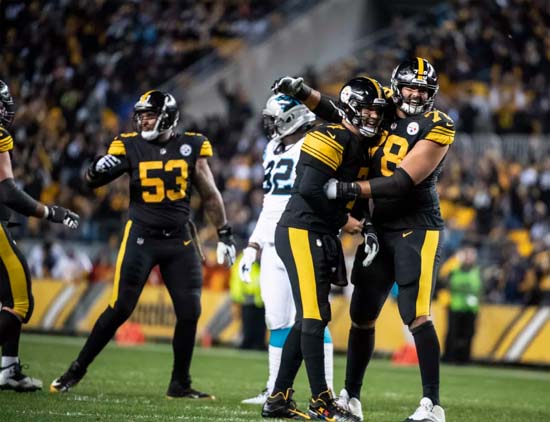 The liveliest party of the year just took place in Heinz Field, where they danced so hard in the end zone that they ran out of touchdown celebrations, and that’s when they weren’t throwing Cam Newton to the turf.

The Pittsburgh Steelers weren’t lying when they said they were just getting started.

The 52-21 pounding of the Panthers on Thursday tied for the most points allowed in Carolina history and showed that the Steelers look ready to make their own history. Carolina last gave up 52 points on Christmas Eve in 2000 against the Oakland Raiders.

If Ben Roethlisberger can continue to deliver masterpieces like this against a good defense, the Steelers — winners of five straight — might have their best chance at a Super Bowl since the early Mike Tomlin years.

Roethlisberger finished 22-of-25 passing for 328 yards, five touchdowns and a perfect passer rating of 158.3, the third such game of his career. He hit every throw, as if tossing into a big net. The Steelers worked the no-huddle offense, Roethlisberger’s specialty, on a short week, and the usually stout Panthers looked uneasy throughout.

Turns out this offense hadn’t unlocked everything it had this season. The Steelers had connected on three deep balls all season but hit two Thursday, a 75-yard touchdown to JuJu Smith-Schuster and a 53-yard score for Antonio Brown, who made rookie corner Donte Jackson look silly in press coverage.

After the Panthers marched 75 yards for the opening score, the Steelers flipped the game in 13 seconds with the Smith-Schuster touchdown on their first play from scrimmage and Vince Williams’ interception for a touchdown off an ill-advised Newton throw out of the end zone. The Smith-Schuster score was the franchise’s longest-ever first play from scrimmage.

When Roethlisberger left the game with 14 minutes, 55 seconds in the fourth quarter, the Steelers had scored points on all seven of their drives that didn’t end in a clock run-out at halftime. 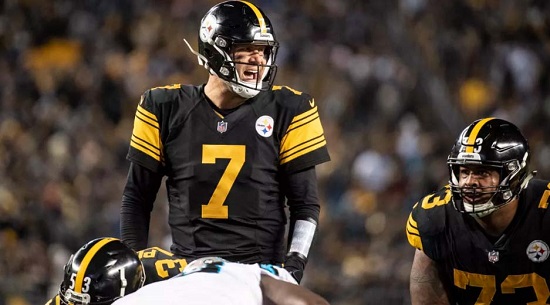 “Steelers blow out the Panthers at Heinz Field, 52-21”

The Steelers might have to petition the NFL to let them play more often on Thursday night. They turned a short week into their biggest win of the season, 52-21 over the Carolina Panthers at Heinz Field.

The Steelers fifth straight victory was by far their most impressive of a season in which they zipped from the bottom of the AFC North Division at 1-2-1 to the top at 6-2-1.

Linebacker Vince Williams also returned an interception for a touchdown and James Conner ran for his 10th touchdown, 11th overall this season. Conner left the game in the second half to be evaluated for a concussion. He had his four-game streak of 100 yards rushing snapped, mainly because Mike Tomlin subbed in his backups at halfback on a short week. Conner ran 13 times for 65 yards.


Have a great weekend Steeler Nation!