“We missed the crowd. That is one of the most special things about playing at Heinz Field, the best fans in the world. We appreciate their support even though they aren’t here.” — Ben.

Ben completed 29 of 41 passes for 311 yards passing, two touchdowns and an interception. James Connor rushed for 106 yards and another score, and Diontae Johnson had eight receptions for 92 yards and a TD and Chase Claypool had 88 yards receiving and a touchdown for the Steelers (2-0).


You can check out the highlight video of Ben’s touchdown pass to Diontae Johnson here. 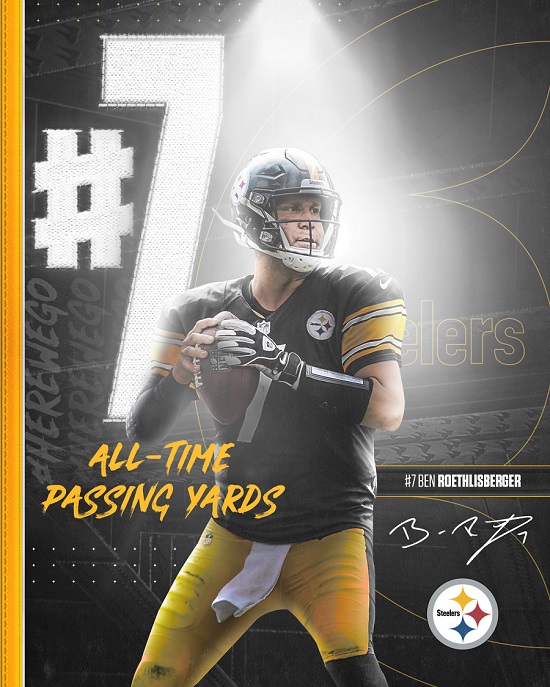 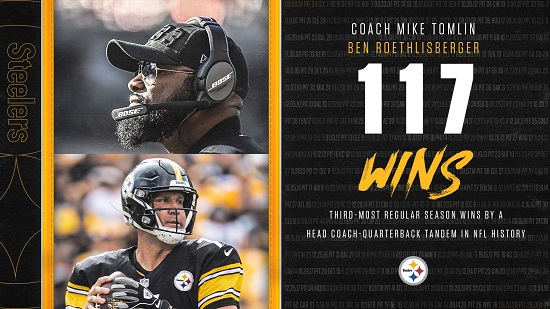 The Steelers made the Super Bowl in each of the previous 3 instances. #SteelersNation

What worked for openers worked again against Denver.

The Steelers turned two turnovers generated by the defense into 10 points scored by the offense on the way to a 17-3 halftime lead, and then hung on for a 26-21 victory over the Broncos on Sunday afternoon at Heinz Field.

Safety Terrell Edmunds’ sack of back up quarterback Jeff Driskel on fourth-and-2 from the Steelers’ 17-yard line with 1:51 left in the fourth quarter preserved the Steelers’ five-point lead late.

It was the Steelers’ seventh sack of the game.

Running back James Conner’s subsequent 59-yard burst allowed the Steelers to run out the clock.

The Steelers stayed unbeaten at 2-0 with the decision in their home opener.

You can check out all the game photos here.


“This is home. I don’t know anything but bleeding black and gold.” — Ben, during an interview shown on NFL-CBS prior to the game.