“When Roethlisberger made the decision to hang it up after his 18-year career, one that included two Super Bowl rings and will culminate in a Hall of Fame induction soon enough, his wife Ashley Harlan knew just what to set up to celebrate his milestone birthday….Competition.”

Ben Roethlisberger’s 40th birthday celebration was a festive scene at a Pittsburgh family restaurant, and it doubled as a retirement party of sorts, with the former Steelers quarterback having finally hung up his cleats just weeks earlier.

“They wanted to see him get beat at ping pong,” laughed Danny Seemiller.

There are a lot of things a newly retired NFL QB can do in the weeks and months after throwing his final pass and leaving the locker room for the last time.

Travel, golf and time spent with family are often high on the agenda, yet speak to any former QB and it won’t take long before the admission comes in. They don’t miss the crunching tackles and the grueling practices – but they do miss the thrill of competition.

And so, when Roethlisberger made the decision to hang it up after his 18-year career, one that included two Super Bowl rings and will culminate in a Hall of Fame induction soon enough, his wife Ashley Harlan knew just what to set up to celebrate his milestone birthday. 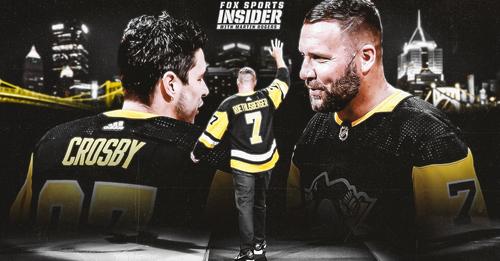 What to get for the relentless competitor who threw for 64,008 yards and 418 touchdowns? Well, Harlan arranged for a day packed with a series of Pittsburgh sporting challenges, lining up a selection of activities that would take her husband out of his athletic comfort zone.

Staged on Feb. 19, a couple of weeks before his actual birthday, the early part of the day was spent with the Pittsburgh Penguins, as Roethlisberger got to work out on the ice with such stars as Sidney Crosby, Evgeni Malkin and Kris Letang.

Right after, it was off to PNC Park, home of the Pittsburgh Pirates, where he took part in a batting practice session with members of the Pirates organization and coaching staff.

Later, a young, local tennis professional was recruited to boom down 135 mph serves for Roethlisberger to attempt to return, with mixed success.

And because no birthday is complete without a full stomach, around 75 members of his friends and family were invited to a bar/restaurant, complete with a bowling alley and arcade games for some evening merriment.

It was there that the final piece of the puzzle was brought in. For years, Roethlisberger’s closest friends have been frustrated by his annoyingly proficient skills in table tennis, frequently winning any impromptu games and talking plenty of trash while doing so.

It was time, it had been decided, to put him in his place.

Seemiller, one of the best players in the world during his heyday in the 1970s and 80s, was recruited to pay a surprise visit to the group. The American ping pong icon is 67 years old now, but was still good enough to make some waves in the U.S. qualifying tournament for the Tokyo Olympics and has an array of devilish spins that are impossible to fathom without years of specialist training.

He headed to Pittsburgh from South Bend, Indiana, where he is now based, and brought his friend – accomplished local player Chip Coulter – with him. After a short exhibition between Seemiller and Coulter, it was time for Roethlisberger to face the music.


What happened next? You can read Mr. Roger’s full column here.