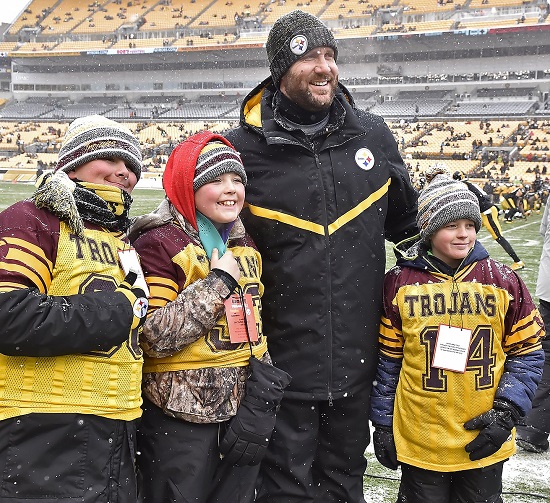 The Steelers will host a Divisional Round playoff game at Heinz Field on January 14.

The Steelers don’t know who their opponent will be in the Divisional Round of the AFC Playoffs, but the team now knows when they will play.

The Steelers will host a home playoff game at Heinz Field on Sunday, January 14 at 1:05 p.m. They will play the highest seeded team remaining after the AFC Wild Card round.

This is the first time since the 2010 season that the Steelers have hosted a Divisional Round playoff game, when they defeated the Baltimore Ravens, 31-24, en route to Super Bowl XLV.


Photo: Ben poses with young fans on the field prior to Sunday’s game. (Matt Freed)