Excerpt from an exclusive interview by Steelers Takeaways with Mr. McGinley:

Q: Are you worried about the future of the team ownership or any other concerns? 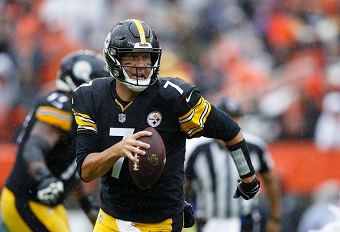 A: I don’t worry about the team – Art is very able and very resourceful. We all grew up together – Art is 10 years younger than me. He will be there a while. I know how thoughtful he is. And as long as I’m around I’ll help as well.

I told my kids and grandkids though every time they go to a game now, to appreciate what you see. You may never see a player like Ben again for a long time. Put him in your memory when you watch him play. You may never see that again.

It can be a desert after Ben. I hope not and that they find someone to come in and be able to do well. But who will replace number seven? That’s what I worry about – the quarterback position is the most important one in football. He’s such a marvelous player. There is a whole generation that doesn’t know another starting quarterback for the Steelers but him. Soon there could be three Heisman Trophy winners at quarterback in our division. So finding a quarterback after Ben is a big worry!