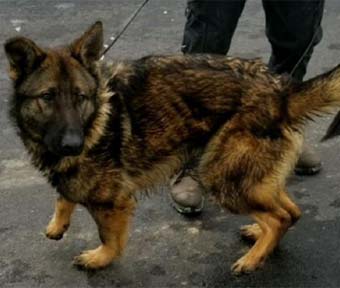 The newest recruit of the Beaver Township Police Department is off studying to be a canine crime fighter extraordinaire.

Argo, the department’s new K-9, is undergoing special training in Toledo where he and his handler, K-9 Handler Officer Chris Albert, will learn the tools they need to operate as a crime-fighting duo.

The department said that they were able to purchase Argo after receiving a grant from the Ben Roethlisberger Foundation at The Giving Back Fund.

With Argo coming into the department, the township’s former K-9 Officer, Hero, can retire.

Argo and Officer Albert are expected to be ready to hit the ground running in approximately 2 months, following training, and Argo’s swearing-in.

At the time of the grant Beaver Township Chief of Police Carl Frost said, “On behalf of the proud professionals who comprise the Beaver Police Department, as well as the citizens it serves, I would like to thank the Ben Roethlisberger Foundation. The Foundation’s generous donation will allow us to replace our aging Police Service Dog. Not only that, but one of our officers will be able to become fully certified to train our new dog as well as dogs from our neighboring agencies going into the future. This will save future officers from leaving the area to become trained with their new K-9 partners. Thank you #7!”