From Eye On Annapolis: 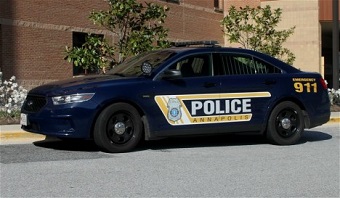 Annapolis Police Department K-9s just received a K-9 vehicle alarm system paid for with a grant from the Ben Roethlisberger Foundation at The Giving Back Fund to the Chesapeake K-9 Fund. The Chesapeake K-9 Fund sought the grant to support the Annapolis Police Department’s K-9 Unit. The grant, which totaled $2,719.99, was awarded in November of 2018.

The Chesapeake K-9 Fund is a 501c (3) charity located in Annapolis, MD whose mission is to help offset costs for law enforcement K-9 units in the Chesapeake Bay area.

The Ben Roethlisberger Foundation at The Giving Back Fund supports police and fire departments throughout the U.S. with an emphasis on support for K-9 units and service dogs.

The money was awarded in November of 2018 and was already used to purchase two K-9 bullet and stab protective vests for Annapolis Police K-9s Cal and Roxy. Now a K-9 vehicle alarm system has been purchased using the remaining grant money. The alarm system will be installed in a vehicle used to transport K-9s in the Annapolis Police Department’s K-9 Unit. The alarm system is designed to assure the health and safety of the dog while in the vehicle, especially when the handler is outside the vehicle. The system has sensors to track temperature as well as the vehicle’s battery voltage. When problems are detected, the system activates a siren with a special warning signal, displays a message on an LCD display and sends an alert to the handler on a mobile device.


Steeler Nation, you can help our Nation’s police and fire agencies with police and rescue K9’s, as well as equipment, by donating to Ben’s foundation here!