“We’ve had some down years. It has probably never started like this. What a challenge for us. I think this is going to test us all. That we need to look in the mirror and we need to figure out what path we’re gonna take. And I know what I’m gonna do. I’m gonna come out tomorrow and give it everything I have and do the same thing this week and get ready to go. I just hope and pray that everyone else in that locker room does the same thing. Because I think potentially it can be easy to quit in a situation like this, and I don’t think that we have that in this locker room. But you’ve gotta get ready to go.” — Ben.

“I’m human, I have feelings. I was on the sideline. I got upset with myself because I make those plays…A game like this in a critical time and moment … I’m not mad at the team, I’m not mad at the play-calling, I’m not mad at Ben making a throw. It’s all on me. That’s my quarterback. I’m always going to have his back, whether I make a play or not. I just know that he’s going to ride or die for everyone on the team& in the locker room.” — JuJu Smith-Schuster, when asked about throwing a tablet down in frustration on the bench (that was caught by a CBS cameraman. 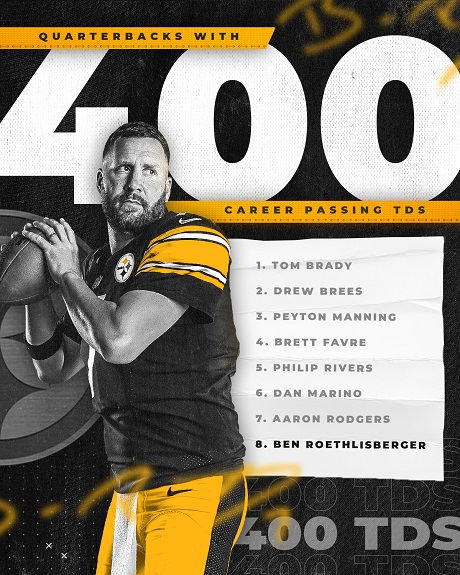 And from Teresa Varley, Steelers.com:

Roethlisberger has spread the wealth with his touchdown passes, going to a total of 53 players. 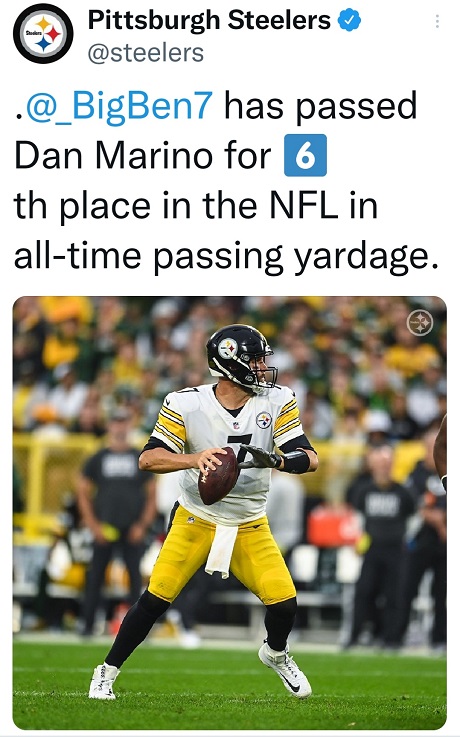