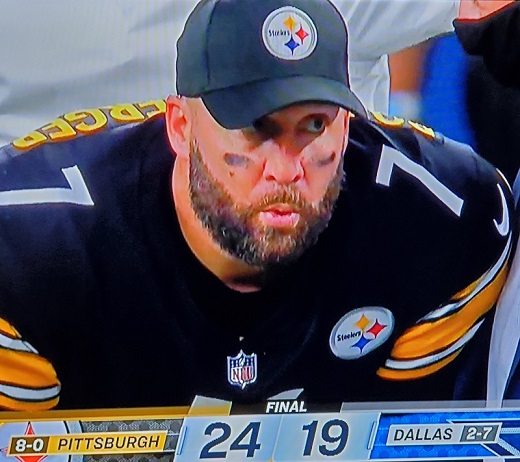 From Mike Prisuta, Steelers.com:
A week after trailing by 10 points at halftime in Baltimore, the Steelers faced a 10-point, fourth-quarter deficit in Dallas.

As they had done against the Ravens, the Steelers rallied to beat the Cowboys.

Quarterback Ben Roethlisberger’s 8-yard touchdown pass to tight end Eric Ebron with 2:14 left in regulation provided the Steelers’ first lead and they hung on for a 24-19 victory.

You can check out some great game photos here.


“I’m not taking any shots at anybody, but if you didn’t know who America’s team was, you should have seen the stands and all of the Terrible Towels. Dallas may be America’s team but we will be the World’s team because we have fans everywhere & they are the best in the world.” — Ben, post-game.

Ben Roethlisberger threw all three of his touchdown passes after shrugging off a knee injury, rallying Pittsburgh to a 24-19 victory over the Dallas Cowboys on Sunday and keeping the Steelers as the NFL’s only unbeaten team.

Pittsburgh is 8-0 for the first time in the storied franchise’s history despite an upset bid from the Cowboys, who were the biggest underdogs they’ve been at home in at least 31 years.