We start with a ‘thank you’ to Ben from a father that wanted to share it with Steeler Nation: 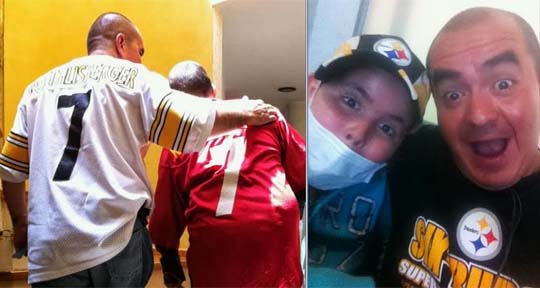 Ben, you mean a lot for Anna Sophie!! You sent her an autographed photo which we appreciate with all our hearts! God bless you!

My lovely daughter underwent a second bone marrow transplant on March 21, because of the Leukemia diagnosis. We are so blessed that everything came on Divine time from Our Lord.

Anna Sophie is doing great. Today she has been declared grafted, which means that she’s been cured.

Since the diagnosis, on Nov 7th in 2012, I’ve been writing a diary, always inspired somehow by the spirit of the Steelers team. Anna Sophie is always keeping her Ben autographed picture, even at the hospital (she is still in the hospital due to post-transplant care). That is something that I will always appreciate. — Esteban Manuel González Cárdenas 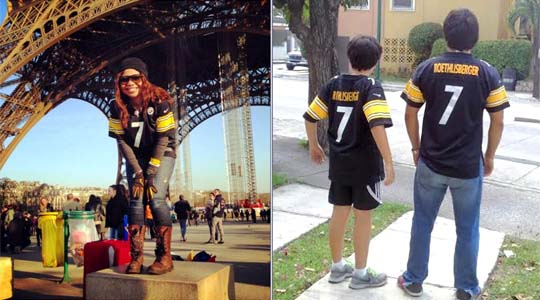 Left: Jasmine Burt adds both beauty and Black & Gold pride to her trip to Paris last month as she poses under the Eiffel Tower! 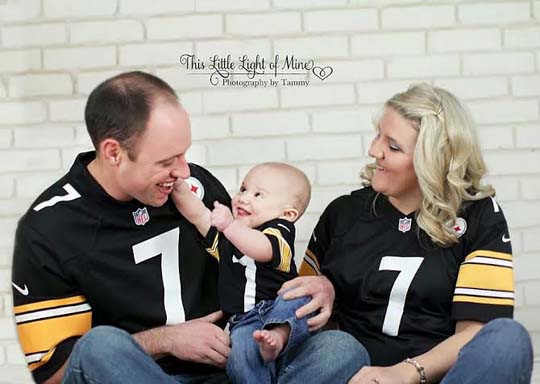 “Our family has been Steelers fans as long as I can remember. My dad’s side of the family is from Tyrone, PA. Its kind of funny to write about this because Ben and I are the same age and we both have sons really close in age too. Maverick was born a Steelers fan because the day after he was born, August 8, 2013, they played their first preseason game. We as the Dixon family try to install the #SteelerNation in our children’s head from birth. Again, thank you for posting the picture. It means a lot!!” — Bryan, Kayla & Maverick Dixon.

School Photo Day? No problem, I know exactly what I want to wear! 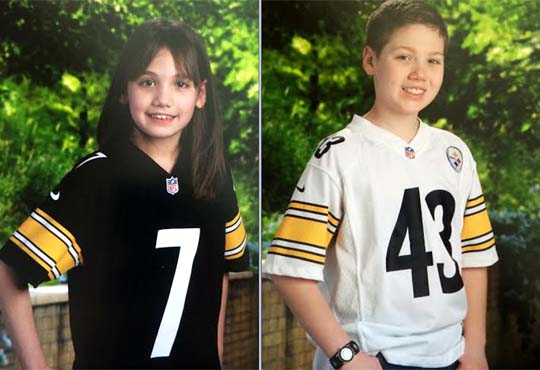 Left: Isabelle Ciufo poses in the jersey of her favorite player for her third-grade photo.

Right: And not to be outdone by his younger sister, Nathan Ciufo poses in the jersey of his favorite player for his 6th-grade photo! 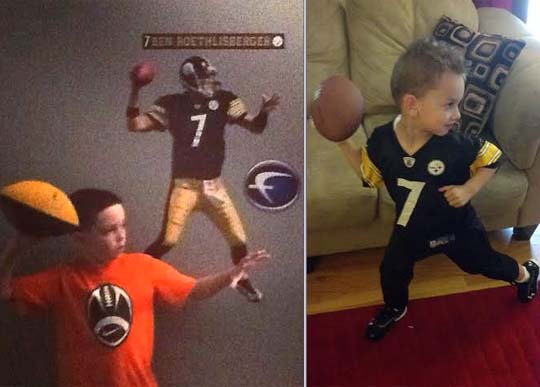 Left: “Here’s a picture of my grandson Anthony with the Fathead of Big Ben that we bought him…I think he does “Big Ben” well! Ben is his favorite Steeler (and mine of course) and he always says he wants to be a Steeler someday… I couldn’t ask for a better inspiration for him! He is hoping to go to Ben’s camp some day soon to work on his passing skills and to learn from #7 himself!” — Karen Siters

“He played his first year of football this last season and wore his “Roflisberger” jersey to camp…after which he was called ‘Roethlisberger’ for the duration of camp. We live in Illinois so he stuck out like a sore thumb in Bears country.” — Jeff Whittum

Wait! We’re not done yet! You can see ALL of April’s Fan Photos here!


*Thank you once again to everyone who shared their awesome photos with us!