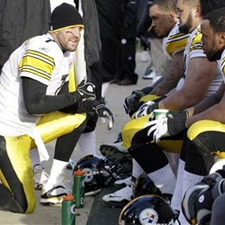 Last year, after an offseason full of turmoil, Ben Roethlisberger’s teammates sent him a message by not voting him a team captain for the first time in three years.

His teammates sent a different message Sunday, voting Roethlisberger offensive co-captain for the third time in the past four years.

“Anytime you are voted captain by your teammates, it means a good deal to you,” tight end Heath Miller said, who replaced Roethlisberger as captain last year. “Ben has come back and has become the leader of this team, and that was indicative today.”

From Scott Brown, Pittsburgh Tribune-Review, a “short Q&A” with Ben:

Q: What does it mean to have the support to get voted a captain?

A: “It means a lot to be a captain of this team with all of the past captains and great players that have played here on this team.”


You can read more of the interview here.

From Teresa Varley, Steelers.com this evening: 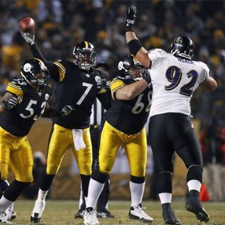 It doesn’t matter if they are ready or not, it makes no difference if it’s how they want to start the season. The bottom line is this – the Steelers open the 2011 regular season this Sunday in Baltimore and that means game on.

“We’ve got to be ready to play,” said quarterback Ben Roethlisberger.