Today, Ben announced the first grant of the 2011 season from The Ben Roethlisberger Foundation at The Giving Back Fund. 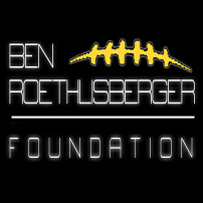 The foundation will be distributing a grant to the Montgomery County Sheriff’s Office, in Rockville, MD – just outside of Baltimore where the Steelers will play the Ravens on Sunday, September 11th.

All members of the Sheriff’s Office K9 Unit are trained as dual purpose K9s for the detection of explosives as well as patrol functions. The grant will add another level of safety for the canines while they handle their duties both in and around the Montgomery County area, protecting the lives and property of the citizens of Maryland and surrounding states.

The Ben Roethlisberger Foundation is distributing grants to police and fire departments in Pittsburgh and in the cities and surrounding communities of each regular season away game for the Steelers in the 2011 season. The Ben Roethlisberger Foundation invited police and fire departments in the nine cities to submit proposals detailing their needs.