The Indoor Sports Center, which is almost complete, features a full-length 120-yard playing surface that will be called “Ben Roethlisberger Field.” According to the Miami Redhawks site, the new facility “will positively impact all 19 of Miami’s sports programs and allow teams to train year-round”. 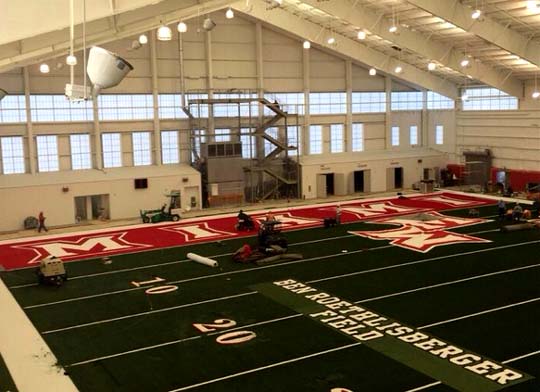 “This gift is a huge thank you to everything, on and off the field, that Miami University provided me. Attending Miami was one of the best decisions of my life and I am happy to play a small part in helping to rebuild this football program.” — Ben.

More from the Miami Redhawks: