Today, Ben announced the 13th grant of the season from The Ben Roethlisberger Foundation at The Giving Back Fund. The Foundation will be distributing a grant to Summers County Sheriff Office in West Virginia.

The Summers County Sheriff’s Office will use the grant to expand their K-9 unit with a second dog.


“Although Summers County has multiple law enforcement agencies, the Summers County Sheriff’s Office has the only K-9 unit in the county. This gift will allow us to add another narcotics detection K-9 so that we can provide much needed support to other local agencies including, but not limited to, Hinton Police Department, local detachment of the West Virginia State Police, West Virginia Division of Natural Resources, West Virginia Department of Corrections, National Park Services, and more. Working in unison with these other agencies, we believe we can substantially reduce not only the drug activity in our community, but also other crimes that go hand-in-hand with drug abuse and trafficking.” — Garry E. Wheeler, Summers County Sheriff. 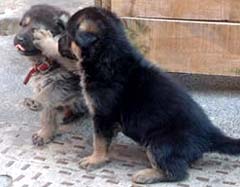 During the 2014-15 NFL season, The Ben Roethlisberger Foundation distributed grants to K-9 units of police and fire departments in the cities and surrounding communities of each regular season away game for the Steelers.

The Foundation will also distribute several grants to the Pittsburgh area after the Super Bowl. The Ben Roethlisberger Foundation invited police and fire departments across the country to submit proposals detailing their needs.


You can learn more about the Ben Roethlisberger Foundation here, or by contacting Jessica Duffaut at www.givingback.org.