Home/News/Ben: “Rule #1 is HAVE FUN!”
Previous Next

Camp parents, grandparents, coaches and sponsors came out strong when it came to sharing photos and thoughts from the ProCamps Ben Roethlisberger Football Camp this week! 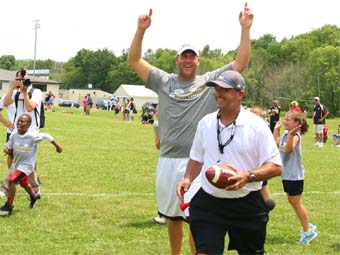 
“This was our grandson’s 3rd year at Ben’s Football Camp. He is 9-years old and we have seen him mature over the summers because of the camp. This year, his sister was too old to participate, and he sort of missed her, but got to spend time with us. Since we are all from Ohio, and it’s a 3-hour drive to the camp, we enjoyed our time alone with him. We highly recommend that grandparents bring their grandkids and leave the parents at home! Since this was a one-day camp, we really enjoyed the quiet time the next morning as we got packed and drove home. He even got to use his McDonalds french fry coupon he received at the camp on the Ohio Turnpike! There are lots of Steelers fans where we live in Toledo and Cleveland, so he loves to show off the pictures his grandfather takes at the camp.” — Don & Linda Hawk 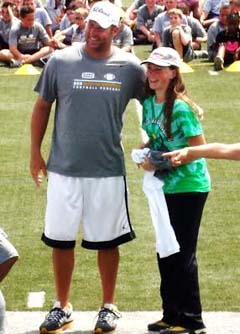 “MY DAUGHTER CAMDEN HAD A GREAT TIME. THANKS TO YOU!” — Grady J. Malachowski Sr. 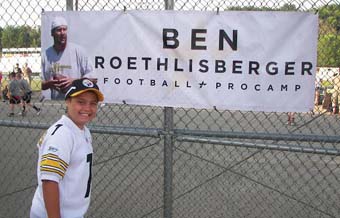 Thank you for putting on such a great event! My son had the time of his life!!! — Paul Pitzen


“Ben you are the best, you thought about those children and gave them a day they will never forget! You have made a lot of new forever friends!!
Thank you for all you do for the community!” — Kathey Scheuer


“It was a great day for the kids! Thanks, Ben!” — Wendy Goblick Bennett 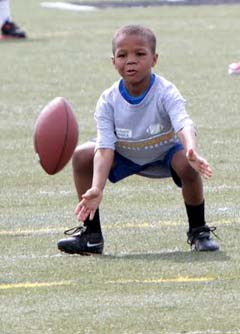 “Love u Ben, and all u done for Pittsburgh!! You are a true champ with u r family and on the field!” — Austin Wahlgren


Joe McGough ‏@JoeMcGough3
@_BigBen7 Thanks so much for spending the day with the kids. Jack and Joey had the time of their lives. Thanks again.


“We came to the camp from Southport, NC. My son, and the rest of the family are huge fans of the Steeler organization and Ben. Thank you, Ben, and the pro camps staff for providing such a great opportunity for the kids!” — Debi Dolan-Prince 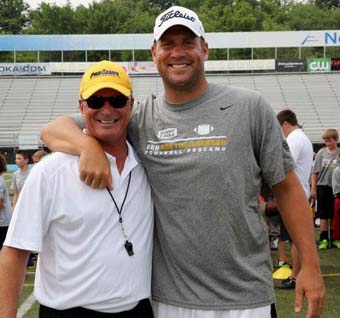 
“I had a great time again this year working with Ben to photograph his Procamps youth football camp at Seneca H.S. in Harmony PA. Ben has such a tremendous interest in helping the kids that attend to understand the importance of working together as a team. The positive impact he has on these young lives is intangible. Great job Ben on your 7th annual camp!” — Fred Vero, Fred Vero Photography


You can see many more photos here (6 pages worth)!


*Thank you so much to everyone for sharing their photos as well as their thoughts on Ben’s camp! A special thank you to Rich Hoelke, Jr., Wendy Bennett and Fred Vero for sending their albums full of photos! Parents & Grandparents, check out Frank’s website for photos of your campers!


Oh, and Benjamin Jr. says to stop back by tomorrow! He has some of his own photos to share with Steeler Nation!