Today, Ben announced the second grant of the 2014-15 season from The Ben Roethlisberger Foundation at The Giving Back Fund.


“We are honored to receive this grant from The Ben Roethlisberger Foundation. This grant will allow us to purchase another K-9 dog trained in narcotics so that we continue to make progress in the fight against drugs in our community.” — Chief Charles Barranco, Aiken Public Safety Department. 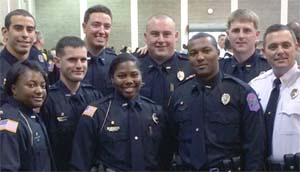 The Foundation will be distributing a grant to the Aiken Department of Public Safety in South Carolina, just two hours from Charlotte, North Carolina, where the Steelers will play the Carolina Panthers this Sunday evening.

The Aiken Department of Public Safety will apply the grant funds to the purchase and training of a new dog trained to find narcotics.

During the 2014-15 NFL season, Ben’s foundation will be distributing grants to K-9 units of police and fire departments in the cities and surrounding communities of each regular season away game for the Steelers. His foundation will also distribute several grants to the Pittsburgh area and will consider a grant to a non-NFL market city in the United States for each playoff game in which the Steelers compete.

You can also check out some great photos here.