Nickelodeon announces their nominees and the categories for First-Ever Kids’ Choice Sports Awards to be hosted by Michael Strahan, live from Los Angeles on July 17th…


and Ben is up for “Biggest Cannon”!


From the press release via Reuters: 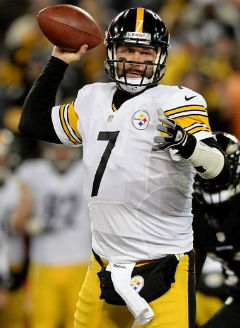 Nickelodeon announced the nominees and categories for the inaugural Kids’ Choice Sports awards show, in which the nation’s kids will choose their favorite athletes from among a wide range of kid-centric categories. Hosted and executive produced by Michael Strahan (LIVE with Kelly and Michael, Fox NFL Sunday) Kids’ Choice Sports 2014 will be telecast live on Thursday, July 17 (8 pm ET/PT) from UCLA’s Pauley Pavilion in Los Angeles.

Not only are the top athletes in the world coming to Kids’ Choice Sports to play, but their biggest celebrity fans will come to compete alongside them. Beginning in June, kids will be able to cast their votes in 15 categories on Nick.com/sports.

The nominees for Kids’ Choice Sports were selected based on two methods: analysis of Q scores – which rank the most recognizable and well-liked athletes according to kids, and the input of the Kids’ Choice Sports Council – a group of professionals, athletes and others, from the world of sports.

Some of the most incredible arms in sports belong to athletes from the worlds of baseball, football and tennis. This category honors the outfielders, pitchers, catchers, quarterbacks and tennis players with the strongest arms in the game.


Steeler Nation has also been nominated!

A team is nothing without its fans – we’ve seen fans’ support pull a team out of a tough situation again and again. The nominees in this category represent the best fans in professional sports – the rally-caped, face-painted, “never give up on your team” fanatics who live for their team no matter what. Now we honor them by including them in the nominees for this category that will be accepted by a member of the team and a fan.


Steeler Nation Kids, you can vote for Big Ben and yourselves here!

*Thank you to Dave Bryan, Steelers Depot for the heads-up!