The sniper part, doing the long-range shooting, working with the SEAL sniper guys. You think of all the dream jobs, I wanted to be like James Bond or a ‘Top Gun’ fighter pilot, the bad dude that’s a sniper that could shoot from a mile away. It’s kind of pretty cool. — Ben.

Ben and his father, Ken were guests on The Outdoor Channel‘s “Gridiron Outdoors” this week:

This week on Gridiron Big Ben and I learn precision rifle tactics from a former Spec. Forces sniper. @_BigBen7 pic.twitter.com/XUUqhuVJPF

Ben, Ken and their host (in the Twitter photo above) were given long range training from Former SEAL Clayton Hergert in west Texas.


The first thing we did is line up at 200 yards and I remember thinking, boy, those targets look small. — Ben. 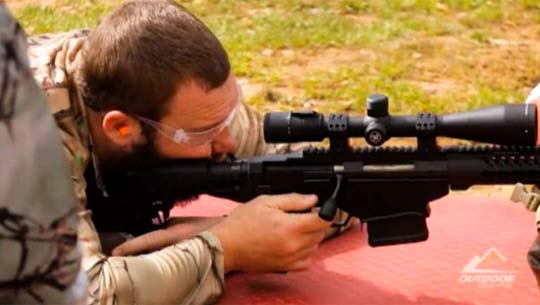 You can watch a great video of Ben’s sniper training here.

You can check out another video where Ben and his father talk about their relationship here.