Collector’s Showcase of America is bringing some of your favorite Steelers players, past & present, to the Dulles Expo Center in Chantilly, VA for their Spring Show the weekend of April 8-10, 2016! 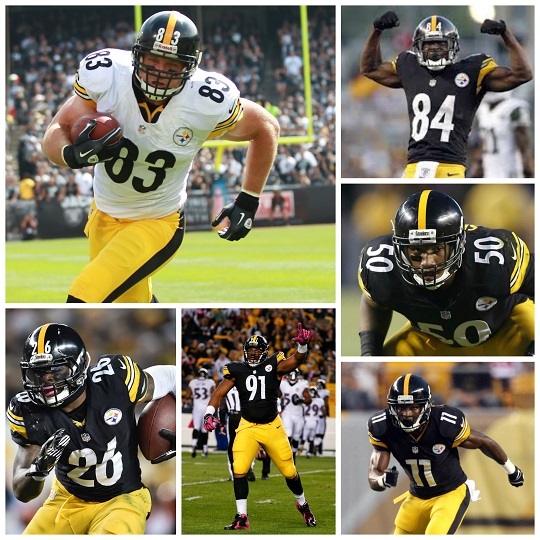 And look who will be there: Heath Miller, Antonio Brown, Ryan Shazier, Markus Wheaton, Stephon Tuitt and Le’Veon Bell!

HOF’ers Terry Bradshaw, Kevin Greene and Dermontti Dawson will be there signing autographs as well. Both Mr. Greene and Mr. Dawson will also be available to pose for photos with fans!

Sports fans will have the opportunity to meet and get autographs from these big names of the games too:

This is a well-organized show and attended by many. In fact, one quick stroll through the parking lot and you’ll think you’re in Pittsburgh South. There are also many reputable sports dealers on hand selling everything from autographed items to sports cards to vintage sports memorabilia.


You can see the full list of athletes, along with the day & times they will be available, as well as ticket and lodging information here.

Ben was there for their Summer Show last year and had a great time!