From Dave Hanneman at the Findlay Courier once again: 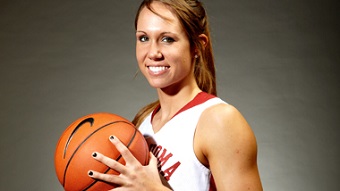 Little sis brought it down.

Carlee Roethlisberger got a few digs in on her older brother Ben — and some wall-to-wall laughs — as both were inducted into the Hancock Sports Hall of Fame during ceremonies Saturday at Owens Community College.

“Once a decade I get to beat Ben at something,” Carlee said during her acceptance speech.

And Carlee, who played both basketball and volleyball at the University of Oklahoma, did get her degree before Ben. But that’s because Ben made himself eligible for the NFL draft after his junior year at Miami of Ohio and was off winning a couple of Super Bowls with the Pittsburgh Steelers.

While Ben and Carlee Roethlisberger are two of the most decorated and successful athletes to come out of Hancock County, both said they were appreciative of the hometown foundation they had to their careers.

“It’s more than just awards and trophies. It’s what you do with the opportunities you’re given,” Carlee said.
“It’s a huge honor to share this with my big brother Ben. We’re grateful, because the support of this town has been awesome.” 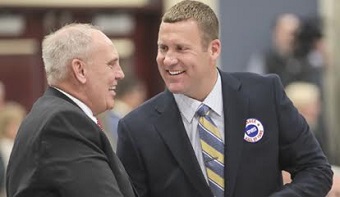 Ben shakes hands and gets a hug from Jerry Snodgrass.

“It’s about being able to dream big and go after those dreams,” said Ben, who said he imagined throwing game-winning touchdown passes in his backyard on Woodley Terrace long before he did it in a 31-28 win over Napoleon in high school, a 30-27 win over Akron in college and a 27-23 Super Bowl XLIII win over Arizona in the pros.

“It’s humbling to be up here in front of so many great athletes who have been inducted, and it’s great to be going in (the hall) with Carlee. She’s a phenomenal athlete and an even better person.”

Saturday’s induction was redeeming as well as rewarding as far as Ben Roethlisberger was concerned.

In the past, “Some negative things were said about me by people in this town. I was hurt and I resented that,” he said.

“But I want to say I’m sorry for letting a few bad words cloud the support I’ve had from so many people. I’m proud of this town. It means a lot to me and my family to be embraced with open arms like this.