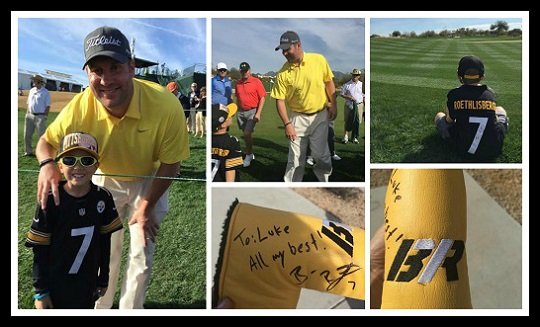 “My 9 year old son, Luke (above) followed Ben the entire day today for the Waste Management Open (he was THE ONLY KID who followed him the entire day). Ben was so gracious and kind. He made it a ‘live-over’ day for us both. A day so good – you wanna live it over again. He signed a bunch of things, took photos with us and even gave Luke, my son one of this custom made golf club protectors.

“Ben was so incredibly awesome to ALL his fans that day. He signed and posed and signed and posed. I feel so blessed to have that memory. We love the Steelers. My son is so funny to watch the game with. Knows the plays, stats etc. Ben will remember him from that day – they joked a lot. Ben asked him to take a shot for him that he had made and it landed way off course….then later on the 18th, he did the same thing and my son was like ‘hey, you want me to take this shot for you’ – everyone laughed. Ben was like, ‘Hey it’s you! I asked you to take a harder shot for me earlier…and you should have!’.” — Cherie Hannon-Hoover.


“Ben was the most gracious player there. He stopped at every hole. Took pics. Signed autographs. And while he walked between holes he autographed small footballs that his caddy carried in a large bag…. then at the holes he threw them up to the stands. Wow. So cool to see and meet him.” — Kathy Ruffing Byerly.

“Thanks Ben for inspiring my son at the TPC this week! You are a wonderful example of hard work paying off!” — Steve Sherman. 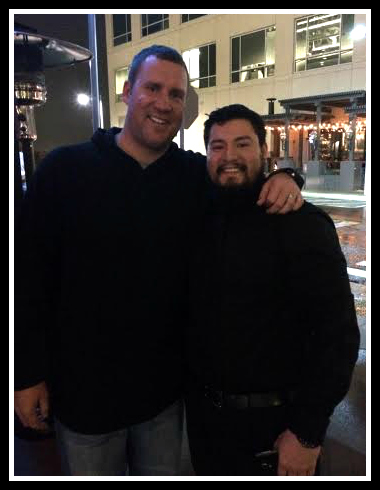 “First I’d like to say how bummed I was that I couldn’t be there in person because I was at home with a sleeping 7-month old. So my boyfriend, Albert Morales (above), got a picture for me outside the Blue Martini restaurant. My family are all huge Steelers fans – from my grandmother Stephanie, who went to high school with Franco Harris – to my uncle’s family and my family, thanks to my mom! I just had a son named Emery (he was sleeping which is why I couldn’t meet Ben in person Monday night) and I am working on him being a fan. So now there are 4 generations of Steelers fans in my family. Ben, thank you for taking the picture with my boyfriend!” — Jessica Trischan 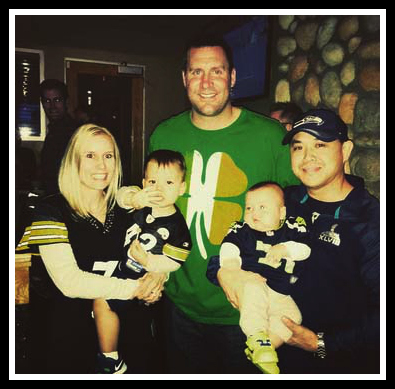 
“Met you at the Pro-Am!! Thanks for taking the time, truly awesome of you!!” — Morgan Kimmins

You can see more photos here!


Thank you to everyone for sharing your photos & thoughts with us!