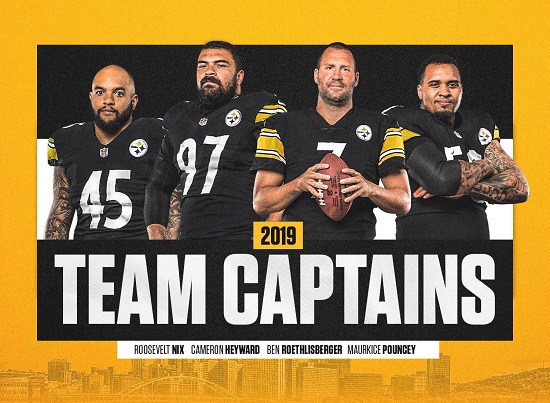 It’s an amazing honor because it’s voted on by teammates. It means a lot. It never gets old. With all of the tradition, the people who have been captains on this team, it means a lot to me. — Ben.

From Teresa Varley’s announcement at Steelers.com:

Steelers’ players voted on Monday for the captains and this year’s team captains are Ben Roethlisberger and Maurkice Pouncey on offense, Cameron Heyward on defense and Roosevelt Nix on special teams.

Heyward, who is in his ninth season, is a defensive captain for the fifth consecutive year. This is the first time that Nix has been named the special teams captain.