Congratulations to Ben & his sister, Carlee!

Home/News/Congratulations to Ben & his sister, Carlee!
Previous Next

Congratulations to Ben & his sister, Carlee!

From the Findlay Courier:

Tickets for the event are sold out.

Other inductees that will be honored include Mike Dillon, Terry Grose, Kathy Morris, Carlee Roethlisberger and Mianda Watts.

This year’s six inductees brings the total of Hall of Famers to 203 members since the first class was inducted in 1985. 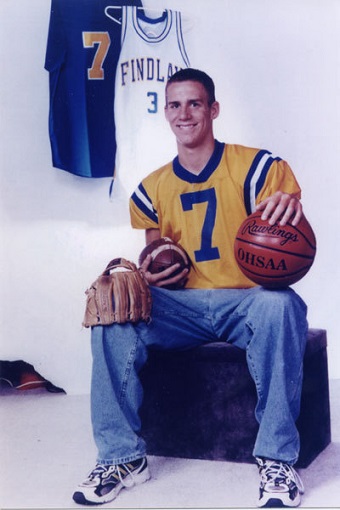 Before becoming the Pittsburgh Steelers’ quarterback, Ben Roethlisberger was a star athlete at Findlay High and Miami (Ohio) University.

As a Trojan, Roethlisberger was all-Ohio in football and basketball. As a senior, he threw for 4,041 yards and 54 TDs, throwing for eight TDs against Fremont Ross and two TDs in the last 19 seconds to beat Napoleon. On the hardwood, he finished as the top career scorer (1,095 points) after an FHS record 546 points in 1999-00.

At Miami, he passed for more than 4,000 yards as a junior, leading the 10th-ranked Redhawks to a 13-1 record including a 49-28 GMAC bowl victory over Louisville. For his career, he completed more than 65 percent of his passes and threw 80 TDs.

Ben was a 1st round draft pick of the Steelers in 2004 and has since started 183 games. In addition to being the winning quarterback in two Super Bowls (2005, 2008), Ben holds over 50 franchise records and many NFL marks. His career stats include more than 46,000 passing yards, 301 TDs and a 13-7 career playoff record. He is the only NFL quarterback to lead his team to 20 fourth quarter comeback wins before the age of 30. He currently has the ninth best passing rating in NFL history.

Known for his charitable works, including the Ben Roethlisberger Foundation, in 2014 he donated $1 million to Miami University. 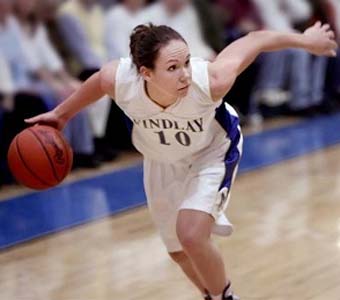 Carlee Roethlisberger was a star athlete in two sports at Findlay High School and the University of Oklahoma.

She set many records as a basketball player at FHS including the career record for points scored with 1,625, most points in a season with 534 and most career steals with 199. Roethlisberger led the Trojans to the state tournament in 2007.

As a 6-foot-1 middle blocker on the volleyball team, she averaged 3.7 kills per set and had 90 blocks as a senior. Roethlisberger was named a first-team all-Ohio selection in basketball and volleyball at FHS.

At Oklahoma, Roethlisberger played in 139 games, third highest in Sooners history. She averaged 6.7 points and 5.2 rebounds per game, recording three double-doubles against ranked opponents, including 18 points and 11 rebounds vs. No. 6 Ohio State. As a fifth-year athlete, Carlee played volleyball for OU and was named the 2011 Newcomer of the Year in the Big 12 Conference.


You can read about the other well-deserving HOF inductees here.