The 2017 Steelers schedule is here!

The 2017 Steelers schedule is here! 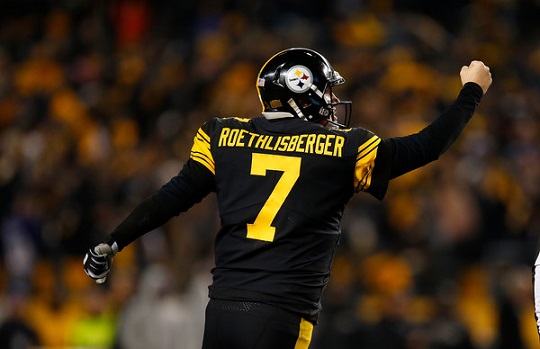 The Steelers have five primetime games, as well as play on Christmas Day.

The Steelers success last season has them in the national spotlight this season, as the 2017 schedule includes five nationally televised primetime games, giving Steelers Nation plenty of opportunity to see them in action.

And for the second-straight year, and only the second time in team history, the Steelers will play on Christmas Day. The Steelers will travel to Houston to take on the Texans at 4:30 p.m. on Monday, Dec. 25, one of only two games to be played that day.

The Steelers kick off the season on the road against the Cleveland Browns on Sept. 10, a 1 p.m. game against their AFC North rivals.

Things get rolling at Heinz Field on Sept. 17, when the team hosts the Minnesota Vikings at 1 p.m. It’s then back on the road for games against the Chicago Bears (Sept. 24) and Baltimore Ravens (Oct. 1), before returning home to take on the Jacksonville Jaguars (Oct. 8) at Heinz Field. All three games kickoff at 1 p.m.

The Steelers head to Kansas City on Oct. 15 (4:25 p.m.), where they defeated the Chiefs last year in the AFC Divisional Playoffs. Then it’s back home again for a matchup against the Cincinnati Bengals at Heinz Field on Oct. 22 (1 p.m.).

The first of five primetime games in a seven-week span will take place on Oct. 29 when the Steelers are on NBC’s Sunday Night Football against the Detroit Lions at 8:30 p.m. The following week they will have their bye (Nov. 5) and then travel to Indianapolis on Nov. 12 to take on the Colts at 1 p.m.

The Steelers begin a stretch of four-straight primetime games when they host the Tennessee Titans on Thursday, Nov. 16 on NBC/NFLN (8:25 p.m.), followed by a home game against the Green Bay Packers on Sunday Night Football on Nov. 26 (8:30 p.m.). The Steelers will be on the road against the Bengals on ESPN’s Monday Night Football on Dec. 4 (8:30 pm.). The primetime blitz concludes with a Sunday night game against the Ravens at Heinz Field on Dec. 10 (8:30 p.m.).

A rematch of the AFC Championship Game will be at Heinz Field on Dec. 17 when the Steelers host the New England Patriots at 4:25 p.m.

The team will once again play on Christmas Day when the Steelers travel to Houston on Monday, Dec. 25 for a 4:30 p.m. kickoff on NBC and NFLN.


You can read more & see the full schedule here.