‘I was wide open!’ How Ben Roethlisberger’s season as a receiver helped him as a QB

From Brooke Pryor at ESPN.com:

They called it a Van Wert 7.

In the post-corner route named for a northwest Ohio school that executed it to perfection, the receiver ran 12 yards, took an outside step to a post and took four steps. As soon as the safety turned his hips, he planted and came back out toward the pylon. 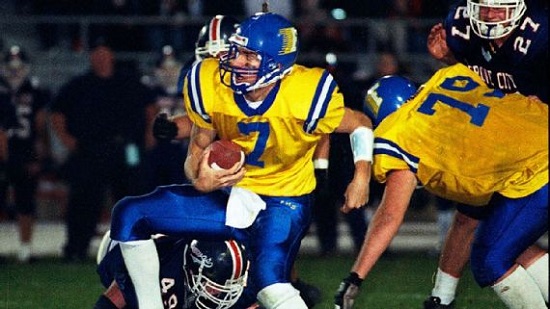 It was a staple in Findlay (Ohio) High School’s offense in 1998, the route that Ryan Hite and Ben Roethlisberger used Friday nights to pick apart defenses filled with undersized cornerbacks.

But Roethlisberger wasn’t the one throwing the ball.

He was on the receiving end of Hite’s passes — 57 of them that year to be exact.

Before he set records as a quarterback his senior year, before he became the Pittsburgh Steelers’ top draft pick out of Miami (Ohio), and before he won two Super Bowl rings as one of the NFL’s best signal callers, Roethlisberger spent his junior year of high school playing wide receiver.

It gave Roethlisberger a deeper understanding of the game he took with him the rest of his career — something he found again last season as he stood on the sideline following a season-ending elbow injury in Week 2.

“[Findlay] coach [Cliff Hite] was always like, ‘It benefited you as a senior playing quarterback from playing wide receiver your junior year,'” Roethlisberger said. “I never understood it at the time, but I think it does to a certain extent because you can see the other side of it.

“I was able to kind of see the bigger picture of being a quarterback just from being on the sideline last year.”

As Roethlisberger makes his long-awaited return Monday night against the New York Giants at MetLife Stadium (7:15 p.m. ET, ESPN), he steps back on the field with a repaired elbow and a refreshed body.

Perhaps just as important, he returns with a new perspective, much like he got more than 20 years ago at Findlay.