We’re having a contest today starting at 12 Noon E.T! 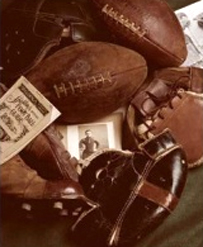 All you have to do is be our 100th emailer and you will win an autographed 8×10 action photo of Ben!

Send your email to: bigben7website@gmail.com


*Please, just one email per email address only (subsequent emails from the same address will be discounted).


We will notify the winner via email and post an update to the site later this afternoon with the winner’s name!

WIN it for DAD!

*UPDATE: We have a winner! Congratulations to Brian Campbell, from Indiana, whose daughter Callie won the autographed photo for him (or maybe it’s the other way around! Callie is a big fan herself). Thank you to everyone who entered the contest!

You can see more Lil’ Fans here. The Lil’ Teammates album is here.

And speaking of Father’s Day…

“Ex-QBs assure Big Ben that fatherhood is a life-changer”

From J. Brady McCollough at the Pittsburgh Post-Gazette this morning:

For Brad Johnson, the anticipation reminded him of game day. But when it was over, and he and his wife were driving home from the hospital with little Max Johnson in tow, there really wasn’t an apt comparison.

“It was careful driving,” Johnson said. “You talk about having your hands on 10 and 2 on the steering wheel. That’s God’s gift to my wife and I. You understood there’s no love that can get between you.”

Roethlisberger’s quarterback brethren will be rooting him forward. They’ve been through this, becoming fathers during their careers, and they send a clear message: It won’t be easy, but it will be worth it.

“This is your legacy,” said former Philadelphia Eagles quarterback Ron Jaworski. “What you’re going to leave behind is going to be these kids.”