Home/News/“Hearing from Ben Roethlisberger”
Previous Next


From Steelers.com this evening: 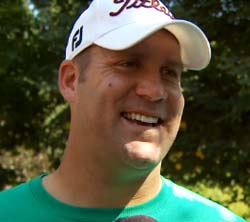 Training camp is almost over. What do you think of the offense and the improvements so far?

Just every day, you try to make improvements, from doing better jobs to not dropping passes and blocking schemes.

You see mistakes on day one and day two, and as long as you don’t see the same mistake twice that is improvement.


You have a young offensive line. Is that a challenge for you?


You told us in the spring that you changed some things with your workouts and offseason things. How do you feel?

My arm feels a lot stronger. I can get the ball down the field better to the receivers and Coach Tomlin had said the same thing. To me, that is what I thought was most important. My arm got strong and stayed strong. 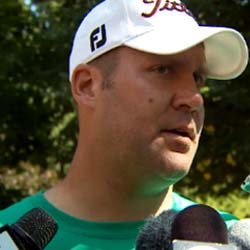 The last game, the average of your passes that went past the line of scrimmage was five yards. You threw a 20-yarder to Antonio Brown. Is that a preview of things to come?

That was intentional. We really wanted to do that against a 4-3 type defense. We wanted to work on our screen games and our short, underneath-type passes. The one to Antonio was more of a conversion route, he wasn’t supposed to go that deep, and it was a conversion-type of thing. It was more game plan than anything.

I still think that they will be weapons for us by throwing the short ball. But like I said, that particular game was more about game planning.


When talking to other quarterbacks or even other doctors and your experience when talking about your arm and its strength, what do you think the leading strength is supposed to be in a NFL quarterback?

I don’t know. I guess it depends on how they work out, how their body is and if they are healthy. For me, it is just about – obviously with the injury last year, the shoulder and chest area, I wanted to get my arm strength up and just get stronger. I lifted weights, I was out kayaking and just doing different things like that, which are un-traditional as to which you would expect. Receivers and coaches have said the velocity on my passes has gone up, so I guess that is a good thing. 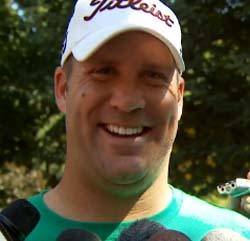 
It worked to toughen up your arm?

It worked everything. Have you ever done it?

There you go [Laughs].


Are there any issues with your knee?

No, it actually feels really good. Obviously standing on it a lot and running on it can wear you down a little bit but no setbacks and nothing negative.


Re: Your relationship with Todd has been sufficiently investigated:

[Laughs] Yes, and it’s not much different than it was last year, except the reports are a lot different than they were. It is as good as it has been, and I think that anyone that watches can see that.


You can read more and watch the video here!