Ben weighs in on this week’s game against the Baltimore Ravens. 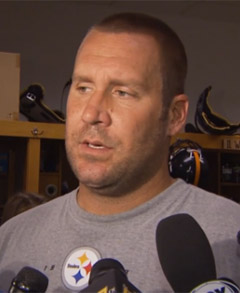 Are there any thoughts that you want to share regarding everything that is happening in Baltimore?

No, we’re in Pittsburgh. We’re getting ready for a game. Thoughts and prayers go out to him and his family. But we’re going to control what we control and that’s the game (and) what we can do on Thursday night.


How does a team go about keeping the outside distractions outside and staying focused?

It’s just about your guys in the locker room. There are distractions and a lot of it comes from media, family, friends outside, but if you keep it tight in your locker room that’s the best way that I feel you go about it.


Do you notice any new tweaks with Baltimore’s defense this year?

They’re a real good defense. They’ve got a lot of the same faces that are great players and some new ones. This is not going to be easy for us, especially on a short week. Preparation is quick. It’s going to be a physical game we anticipate and not an easy one for our offense.


What was the difference between the first half and the second half against Cleveland? Was it them or is there something that you can improve on?

A little bit of both I think. They’re a good team (and) a good defense. And we maybe weren’t as aggressive in the second half as we were in the first half. You learn from it.


What do you mean when you say you weren’t as aggressive?

We weren’t as aggressive. It means a lot of things.


What’s the biggest challenge in playing in a short week?

Getting prepared, both mentally and physically I know for myself. A lot of guys are beat up, just typical soreness after a football game and then turning it around to a couple days later to play probably one of the most physical games you’ll play all year. Just mentally being able to get your body as ready to play as your mind is.


Is this the best rivalry in football?

I think so but I’m playing in it so it’s different as I’m sure a lot of other teams will say that theirs is. But for a football fan I think you have to love it because it’s usually close, it’s usually low scoring. It’s two very like-minded teams and it’s physical as anything I’ve ever played in.


Will you be more aggressive in your play-calling?

It depends on the situation. You have to be smart, you have to know what’s going on situationally around you to score down and distance, players (and) things like that.

No, we’re just trying to get one win. I know that the record would be 2-0 but the slate is kind of wiped clean if you will. We’re trying to get our first win and it’s an AFC North game so it means that much more. It’s at their place, first game on the road, so it’s going to be a mighty test for us.


You can read & listen to Ben’s full interview with the media here.

Just in case you missed it:

The Ben Roethlisberger Show is back on 93.7 The Fan!

Ben’s first show of the new season was heard this morning as part of The Cook and Poni Show.


You can both read about it, and listen to it here.

A Steeler Nation Shout Out: 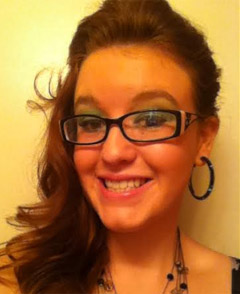 “Her name is Kaniese O’Dell and she is 16 years old. She has been having a really rough time with her health. She has chronic pancreatitis, which requires a special diet. She is in pain every time she eats, no matter what it is. She has already had one surgery last year.

Three weeks ago, we took her to the Ear, Nose and Throat doctor because she was having problems swallowing. The doctor said that she needs to have surgery soon to remove a mass from her nose and throat. She will also have her tonsils taken out at the same time. Her surgery is next Monday, September 15th.

Kaniese is such a strong young lady. She NEVER complains, and she always tries to uplift other people even though she feels like she cannot bear take any more pain.

She absolutely LOVES Ben and the Steelers. Win or lose, our whole family supports the team.

I really want to do special things for her because she has done so many things to help me. I have been out of work because I broke my neck in a car accident when a drunk driver hit me. She nursed me back to health and put herself and her pain second.” — Proud mom, Jami O’Dell.


Please keep this young lady and her family in your thoughts and prayers!!