Home/News/Is Ben back?
Previous Next

“We’re going to go out there and give it a go today and see where it goes from there. We have to take it one day at a time. That’s why I’m not getting my hopes up about Sunday. I’m going to get my hopes up for today and go out and see how it goes today.” — Ben, on practicing.

From Teresa Varley at Steelers.com this afternoon: 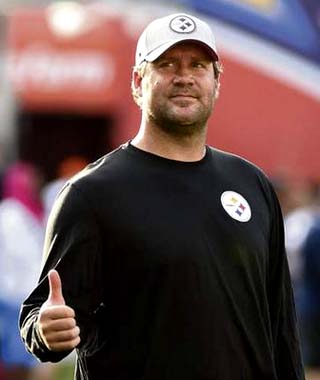 Roethlisberger said he wants, likely more than anyone, to be back out on the field. He doesn’t have any concerns about playing after missing the last four games with a sprained MCL, including not worrying about wearing a brace. He said he can’t be concerned, it’s not the way to approach the game.

Roethlisberger returned to practice in a limited fashion last week with the hopes of being ready for the Steelers game against Kansas City at Arrowhead Stadium. While he said there is no pain now, he wasn’t able to go against the Chiefs because of the knee.

“I think it was more just a pain, an inflammation setback,” said Roethlisberger. “I don’t think it was a negative injury, or more of an injury type of setback. It was just putting an extra heavy load on it and paying for it that night. Just with achiness, inflammation, things like that.

“It was more disappointment, I think. Once I got the reassurance from the doctors that I didn’t do anything to hurt the MCL, the bone bruise, it was just simple overuse. The inflammation, the swelling, that’s naturally going to happen. Once I got through the initial shock of worrying that something happened, then I was fine with it.”

While Roethlisberger is more anxious than anyone to return to game again, he knows he can only play if the knee is ready to go and there won’t be any restrictions on his mobility.

“I think if there is a restriction I shouldn’t be out there. That’s my opinion,” said Roethlisberger. “It’s going to be coach’s decision what happens if I play, things like that. But you can’t go out there if you are restricted in any way.

On tackle Marcus Gilbert and his performance this season:

“I think it’s the off-the-field offseason work he’s put in. He dedicated himself, his body, his mind, to being the best tackle he can be. I think it’s really showing. He’s played some great football. As you said, he’s got his hands full this week, but he does every week. He’s playing some of the best pass rushers in the game and I think he’s dedicated himself to really just prove he can be the guy.”

“They get after the quarterback and they stop the run. It’s a really, really good defense and it will be a heck of a test for us. This is one of the best teams in football right now. There is a lot of work we’re going to have to put in to get ready for them.”


On what advice he can give Alejandro Villanueva in his second start:

“Just keep playing ball. He did a great job last week. Don’t let a couple plays at the end of a game dictate how you’re going to play the game. It’s a long season. It’s not like he’s trying out for his job. He’s got the job, he needs to go out and play like it’s his and like he’s got all the confidence in the world.”


On why he pulled Villanueva aside during the Kansas City game:

“Just to let him know this is a long process. He shouldn’t get down on himself too much, because we’re going to need him. We don’t need him kicking himself and being down and it carrying over into two other games. Like I said, this is his job. He’s not trying to keep the job, it’s his job. He needs to go out and play like he’s our starting left tackle.”


You can watch Ben’s interview here. 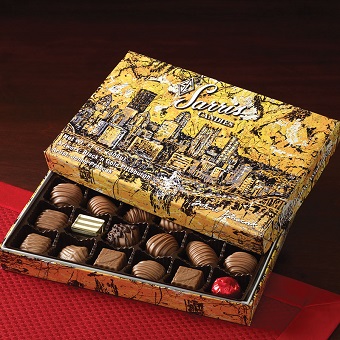 Why not celebrate with an order from Sarris Candies?

Send your loved ones some of the best candy they’ve ever eaten.

Sarris will donate 25 percent of the purchase price to the Ben’s Foundation.

Donating to a great cause doesn’t get much sweeter than that!

You can support The Ben Roethlisberger Foundation by purchasing candy on Sarris Candies’ website, (www.SarrisCandiesFundraising.com), using a special purchase code (77-7777).

Donating to a great cause doesn’t get much sweeter than that!