Home/News/It’s a Warrior Wednesday!
Previous Next

And our spotlight is on Eric Ochoa:

I served 8 years in the Marine Corps, and I’ve been a Steelers fan all my life. Born and raised in California, never been to Pittsburgh, but still a fan.

During my time in the Marines, I did two combat tours in Iraq and one to Afghanistan. I remember in 2009 waking up at 2 in the morning in Iraq to watch the Steelers beat the Cardinals in the Super Bowl. 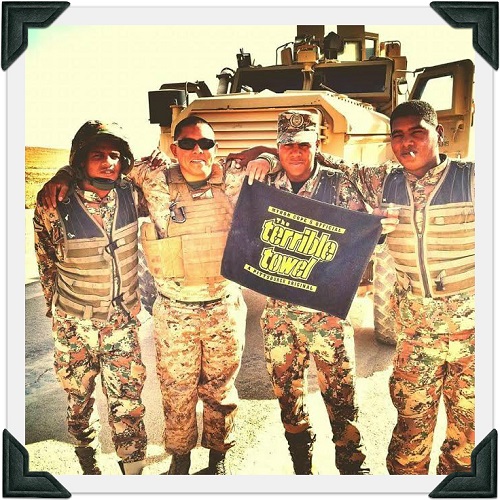 In late 2013, I had the privilege to deploy to Jordan to train the Jordanian Army before they went to Afghanistan. During one of our driving courses, I pulled out my black terrible towel, I always kept with me, and asked some of the soldiers to take a picture with me holding the terrible towel.

I told them it represents the best football team in America. Hopefully one day my wife, kids and I can make it to Pittsburgh to witness the best players at home. #HereWeGo — Eric Ochoa.